Welcoming ladies to prize-giving, Lady Captain Karen explained that the sponsor was unable to be present as he was on holidays.

With the course still in superb condition, the fantastic scores from the previous week continued and winning the July Medal with an incredible nett 61 was Sylvia Ashe.  Second was Anne O’Reilly with nett 66.

The gross prize was won by Mary Black, with 81 gross, beating LVC Lily McMullan on countback and Maggie McKee was third with nett 67.

Twenty-two ladies played in the 9 hole competition which was won by Maura McCreesh with 19 pts and Bernie Gribben was second, also with 19 pts, beating Anne O’Hea on the countback.

Twos were recorded by Valerie Gordon at the 3rd, Siobhan Donnelly at the 7th, Anne O’Reilly at the 11th and Mary Black at the 13th. 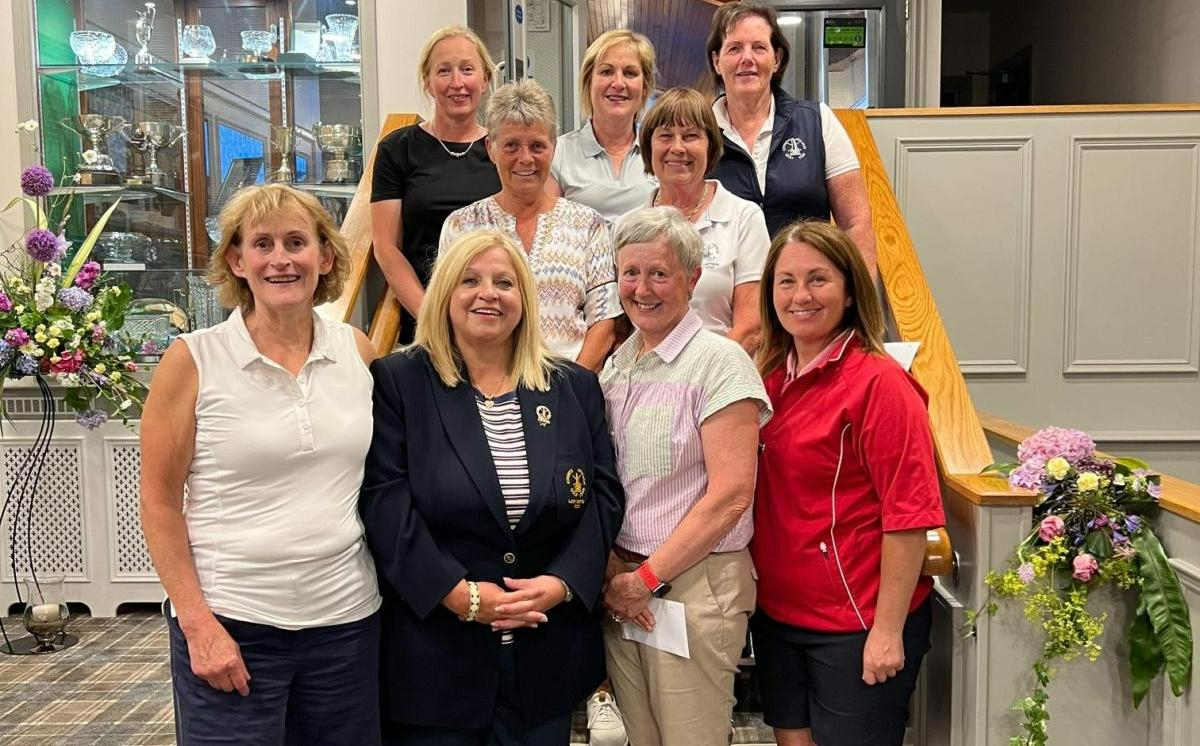