ANDY and THERESA MASTER THE CHALLENGE

The blustery conditions somewhat akin to the challenge faced at Augusta led to a stern examination of short game skills. Allied to that course convenor Davy Baird had set up a testing course to produce two worthy winners.

In the men’s section Andy Conn kick started his round with a 2 and thereafter scored consistently to return a splendid score of 27 pipping past captain Declan McReynolds on the back 3. 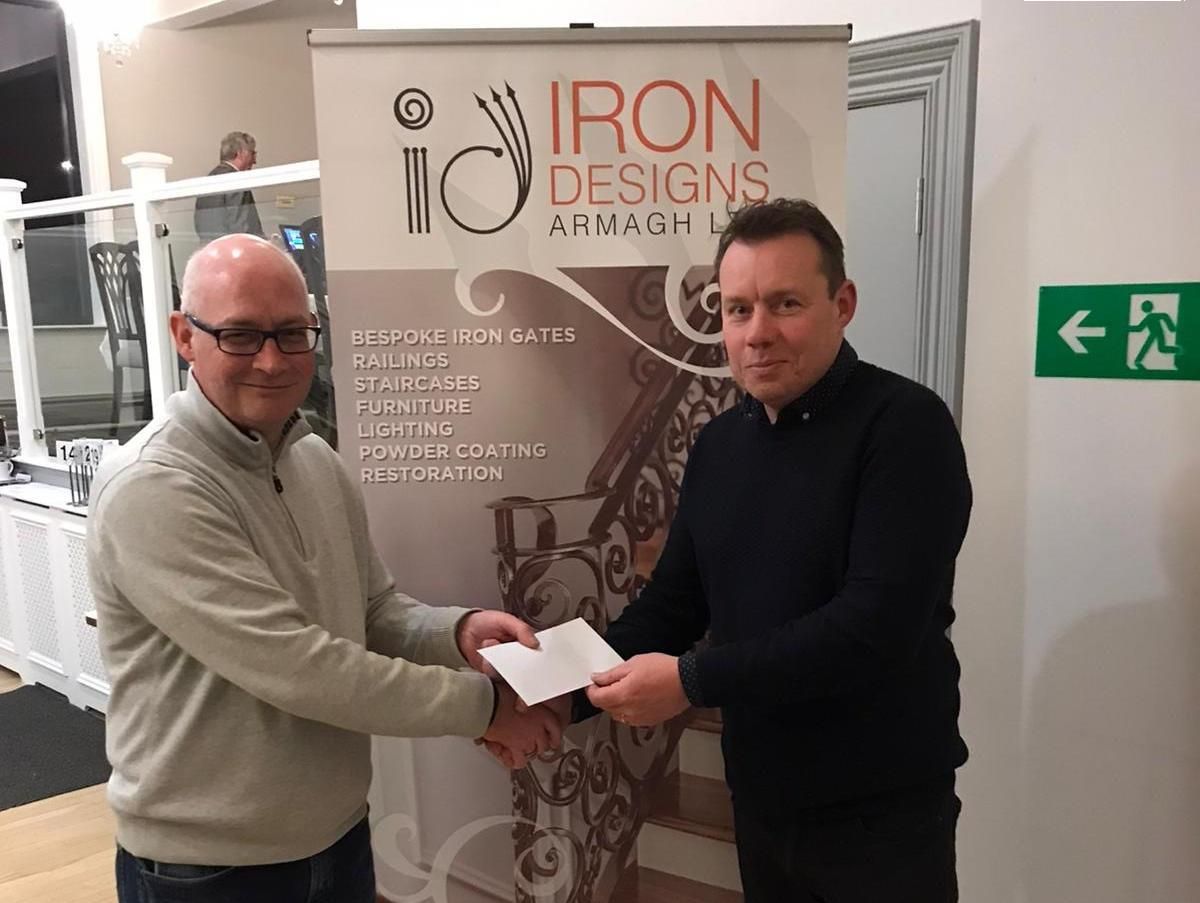 In the ladies section winner Theresa Campbell opened with a 3 and added 2 further 3s as she scored steadily to post a fine score of 31. 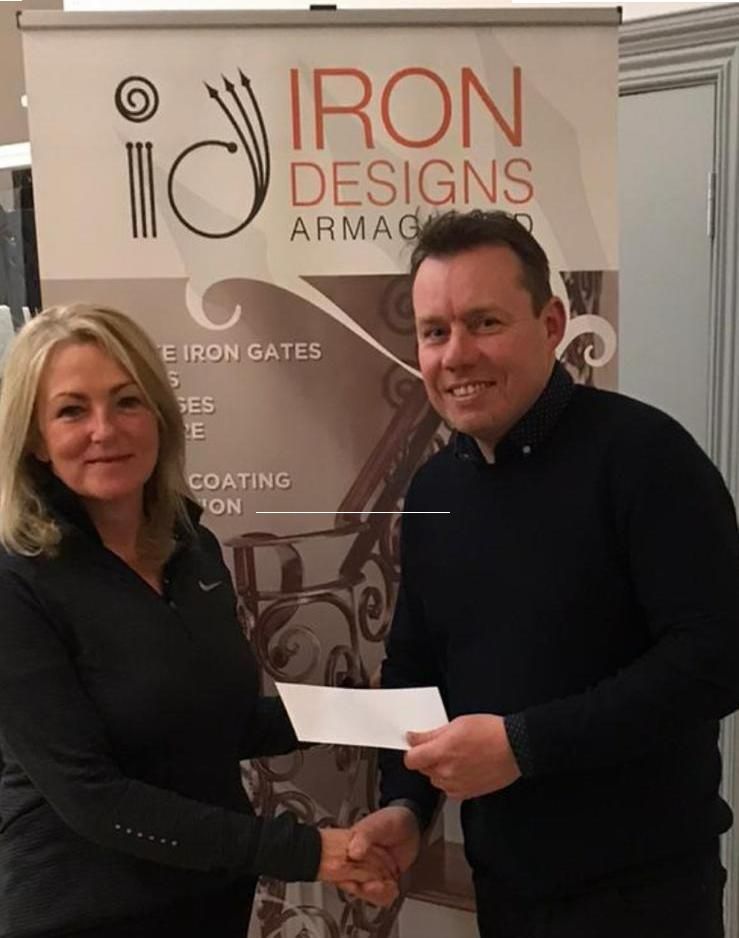 The players then enjoyed a bite to eat and a refreshing beverage in the clubhouse where competition sponsor Paul McKeown presented the prizes.

County Armagh Golf Club’s new Captain Michael Calvert made an historic start to his year in office by welcoming the first ever elected lady members onto the club’s governing body.

Club Captain Michael said it was ‘a historic step’ for the Club and he looked forward to working closely with the new lady members of Council.

“By restructuring our membership, men and women at County Armagh Golf Club now have equal standing. Last year, in preparation for this, Lady Captain Ann McDonald and former Lady Captain Gail Steed were co-opted onto Council. But this year I am delighted that three lady members have been elected onto the club’s governing body for the first time ever.

“Their input will be important and I firmly believe that together as one club we can go from strength to strength.”

County Armagh’s new Captain Michael joined the club as a juvenile member at the age of 10. But like so many other enthusiastic young sportsmen locally, he was to pursue his sporting competence at rugby, soccer and even hockey before marriage to Dawn and the birth of their two boys Kris and Jamie made him realise golf was the sport for him.

The former painter and decorator, postman and now full-time fire-fighter, quickly picked up his game where he’d left off when he re-joined the club and today is a formidable 11-handicapper.

As an enthusiastic member, Michael has captained the juvenile teams for the Ronan Rafferty and Craigavon Cups, as well as the Cowdy Ulster Four-ball team. His prowess on course has also seen him represent the Northern Ireland Fire and Rescue Service when they won the 4 Nations Golf Championship in Swansea against teams from England Scotland and Welsh Fire Services.

Speaking at his recent inauguration, Michael acknowledged the work of out-going Captain Declan McReynolds in ‘unprecedented times’, and paid tribute to the many members who selflessly give up their time voluntarily and contribute to the good governance and smooth running of the club.

Michael said: “I have been afforded a great opportunity to represent County Armagh Golf Club in such an honored position and it is not only a pleasure but a privilege to do so.

“I believe we have many very knowledgeable and professional people in this great club, and we are also fortunate to be in a good position, not just financially, but also in having an excellent golf course and clubhouse.

“County Armagh is a great Club which has been praised by members and visitors alike, from arrival in the Pro shop, to the golf experience itself. The excellent hospitality in the Bar and Restaurant quite simply adds to all of this.”

Among the other new faces at the helm at County Armagh Golf Club are Gerry Kelly, who will take up the post of Club Vice Captain. Former Captain and Honorary Secretary Paddy Burns has been unveiled as the new President, and former Club Captain John White, who became the first ever President of Golf Ireland, was made an Honorary Member. 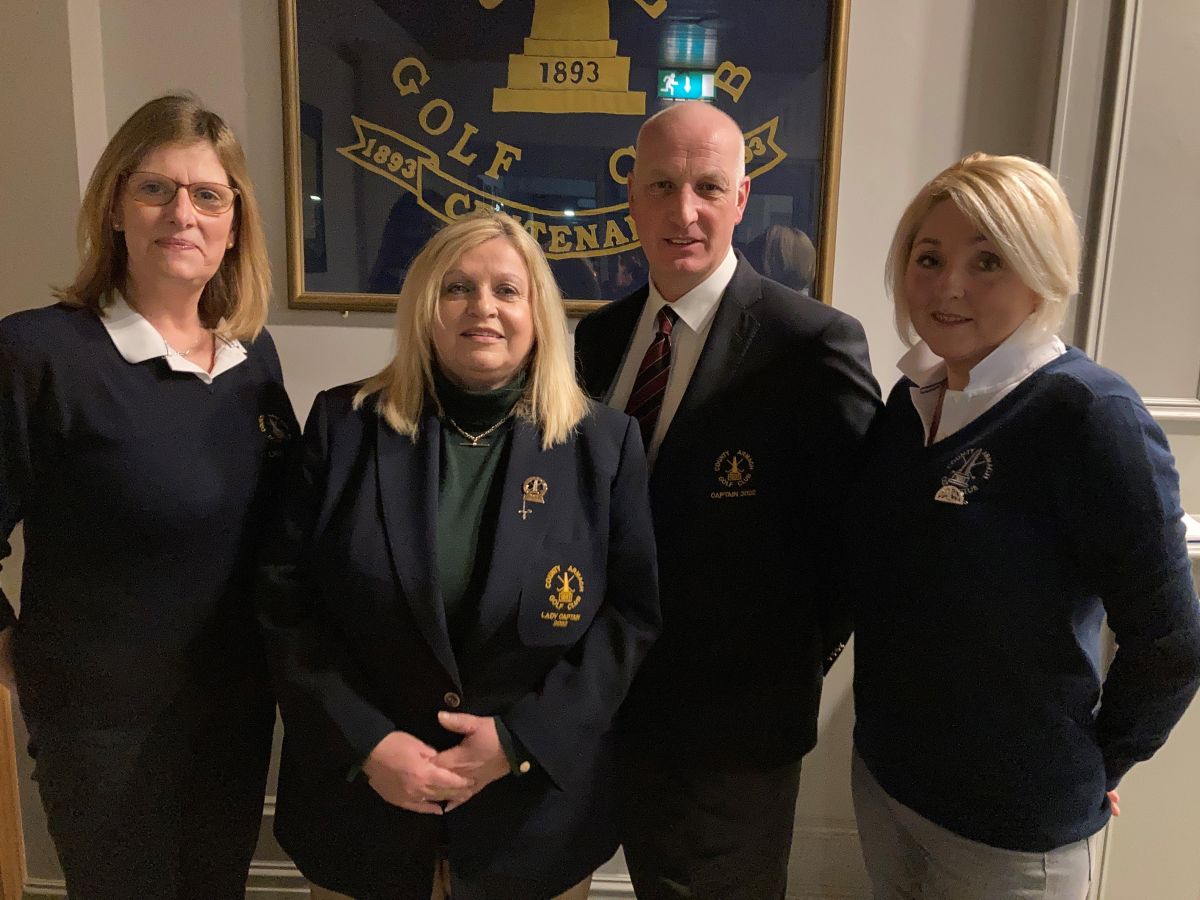