The annual McAnerney’s Open Stableford competition eventually took place after a weather postponement from the original fixture. Overcast skies and scattered heavy showers threatened to put paid to the competition for another week, however 53 ladies, including 6 visitors participated in the 18 hole event which raises funds annually for a variety of Cancer charities.

More important than the recipients of the generously sponsored prizes were the charities which benefitted from the day. These included £300 for the Brain Tumour research and over £900 from a well attended coffee morning which was donated to the Hospice. The proceeds of the coffee morning were augmented by a further £1000, donated by Lily McMullan, whose sale of hair bands, knitted during lockdown, proved to be both inspirational, of which more later, and lucrative.

A further £150 was raised for Breast Cancer research by Ita Devenney who sold home baked pies and crumbles which will no doubt be passed off as the work of some of the purchasers.

Ellen Brady won the Gross prize for the second week running with 24 points. Best visitor went to Catie Hanna from Loughgall with 37 points.

The Men’s prize went to Geoffrey McCarten with 37 points.

Winner of the draw was Audrey Kellett.

Category prize winners were as follows :-

She also paid tribute to Maggie McKee who had secured sponsorship of £1000 to defray expenses for the Ladies’ Junior Cup team’s appearance at the All Ireland Finals in Limerick.

The generous sponsor, Catherine McAnerney, representing McAnerney’s Supermarket thanked all who had played and those who had attended or assisted with the coffee morning. Despite the restrictions which Covid has imposed, Catherine expressed gratitude for the continued support of the annual event. She expressed particular thanks to Lily McMullan whose exploits as a golfer were under threat of being eclipsed by her prowess as a knitter and organiser of teams of knitters. She encouraged Ladies to make use of the materials which Lily had supplied to produce additional headbands for sale at Christmas.

The evening concluded with the return of some music to the Club with Lady Captain Anne’s daughter and friends entertaining members to an eclectic mix of music on ukuleles, guitars and drums. For an hour, the appreciative audience were able to listen to the talents of Pauline and friends in what was as close to a “normal” night of entertainment as we have been able to enjoy for a very long time. 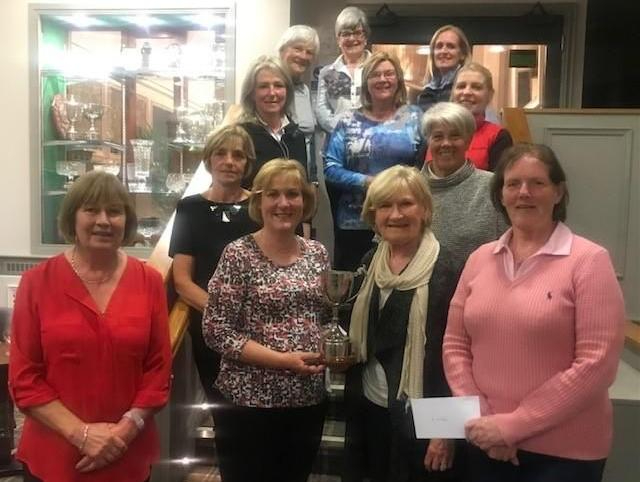 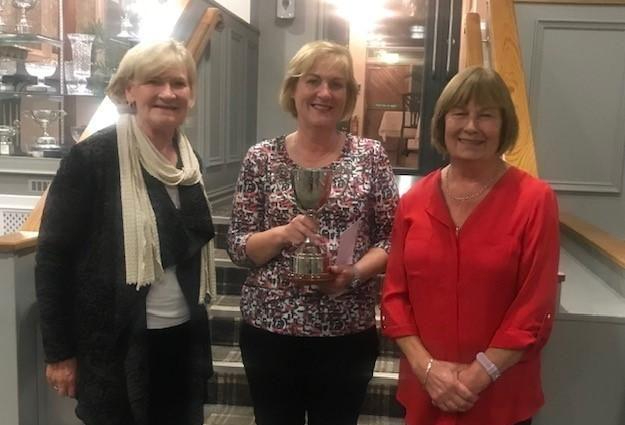 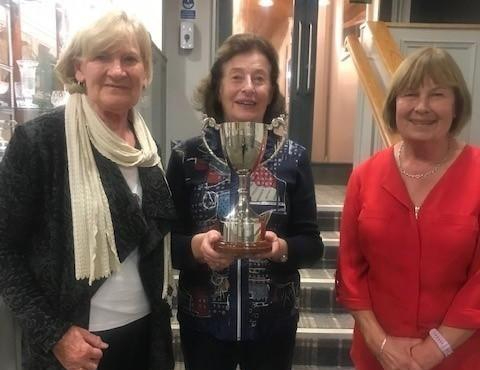