In the tournament sponsored by MG Accountants and contested on 23 August, Doyle’s wonderful nett 67 ensured his warranted capture of the coveted silverware. And crucially, it was that superbly composed — some might say boringly effective! — par-riddled, 36-stroke back nine that edged out runner-up Neil Linton on a break of tie.

For his part, 2019 Allen Cup winner Neil submitted a stout defence of his title in the form of a skilled gross 74 and nett 67 — exactly the same breakdown of numbers as new champion Caolan. Linton registered birdies on Crossways and Rokeby Green and, as mentioned, missed out on another Allen Cup success only on a countback.

On the category front, Martin Gill’s scorecard was a typically classy document, showing as it did 14 pars, one birdie and three bogeys. Gill’s consequential nett 68 saw him emerge victorious from the 0-12 contingent. John Vernon ended as the next best performer in this handicap bracket after bouncing back spiritedly from an uncharacteristic opening treble bogey. The six-handicapper eventually put his name to a nett 69 in which four birdies more than repaired the earlier damage.

On another day of relatively conservative scoring across the piece owing to inclement weather and the tough but fair set-up of a sodden Cathedral City course, Tommy Mackin’s nett 68 was without compare In category 2. Tommy notched a nap-hand of pars during a terrific five-over-par front nine. Occupying second position in this 13-18 section was Gavin McElmeel, who birdied the 15th on his way to a handicap-equalling nett 70.

Meanwhile, a well-constructed nett 68 took care of business in category 3 too. Here, it belonged to Connor Mallon, who parred three of the first four holes immediately after the turn. Connor’s closest challenger among the 19+ crew was Dermot O’Neill. Dermot was no doubt surprised that his nett 73 came into the reckoning but will happily take his place on the (theoretical, socially-distanced) podium nonetheless. A voucher’s a voucher. 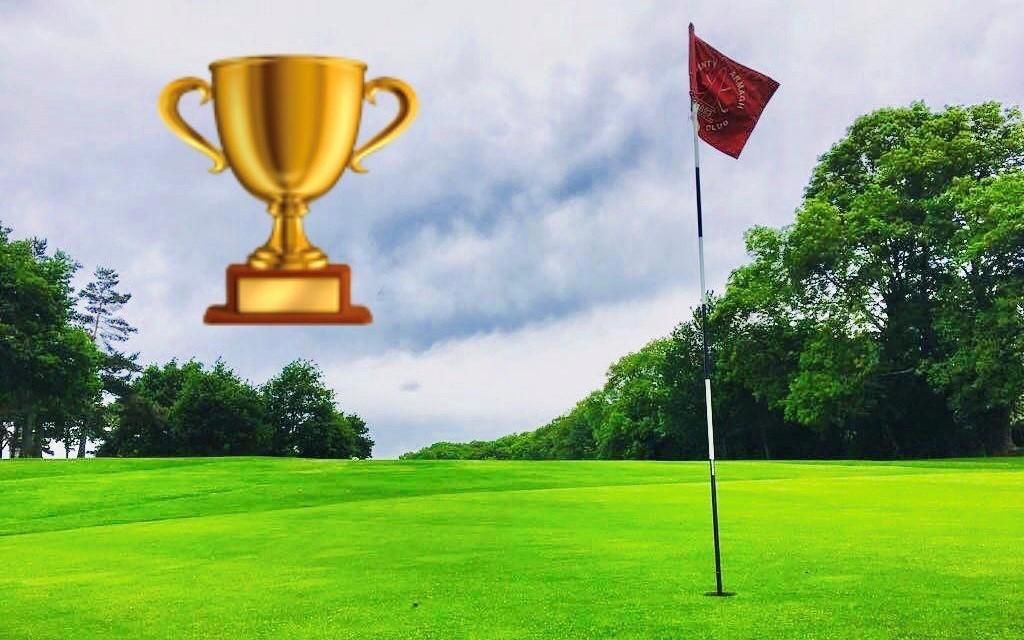