County Armagh Golf Club's over-65s competed once again for the Mayne Cup on 30 June, when the venerable standings were headed by Roy Turner.

The story of the winning round was something of a page-Turner, especially an outward nine that was skimmed through in just 34 strokes. Textbook, level-par golf. 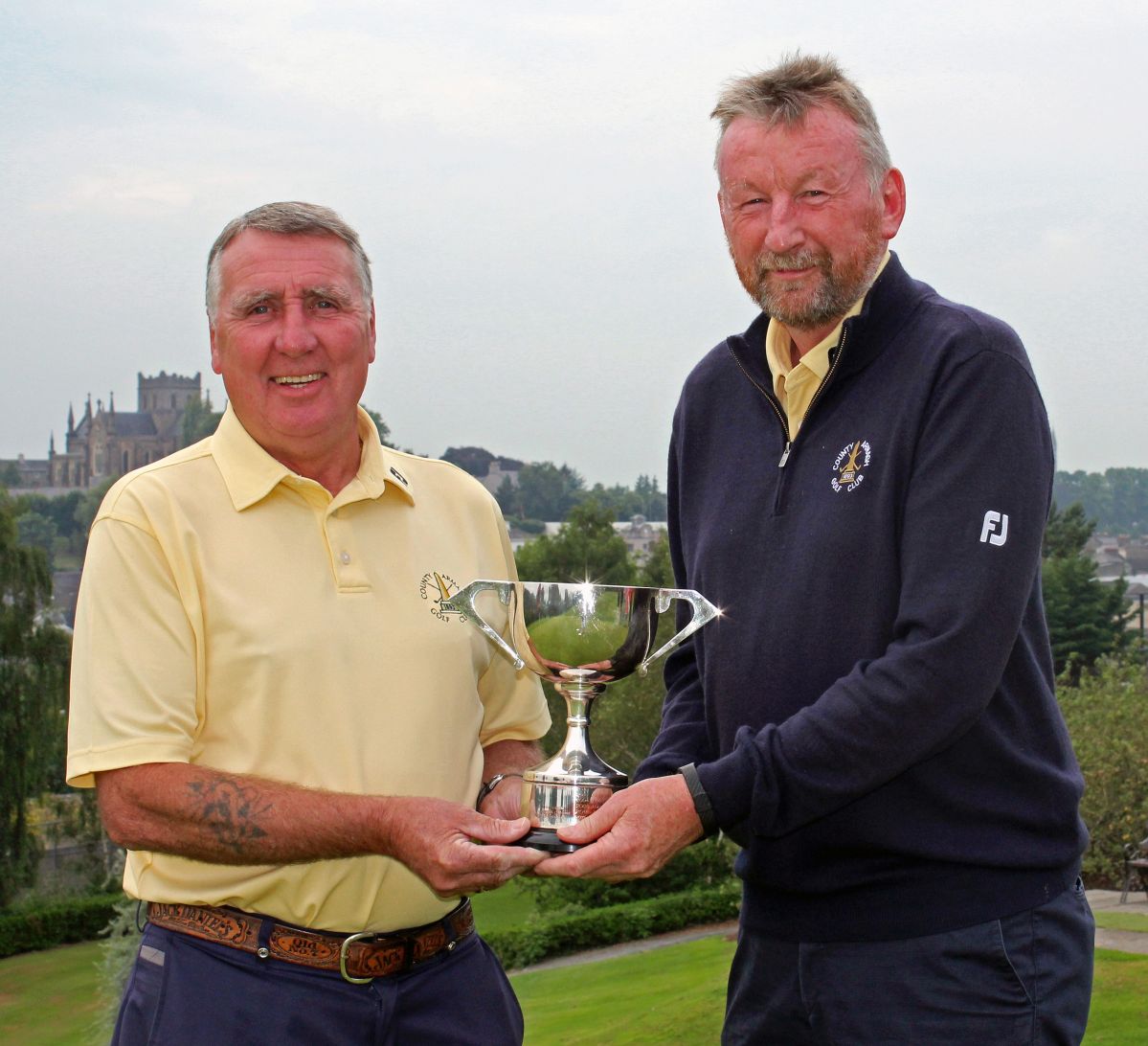 Roy's second chapter was a more weighty 44-shot tome — a hardback nine?! — but the homeward contents still featured useful pars at the 12th, 15th, 17th and 18th, the last of which ensured this outing was bookended by fours.

When all of those scores were compiled, proofed and published, Turner's scorecard read 40 points, which secured him the Mayne Cup title.

Three points adrift of the victor and occupying the runner-up berth was Brendan Beagan. The 16-handicapper's most fruitful period of a fine display came in the form of four consecutive pars from the 11th to 14th.