As it was National Volunteer Week, Lady Captain Karen thanked all the volunteers at Co Armagh Golf Club, and especially from within the Ladies’ Branch, for their contribution towards the Club.

There was a great atmosphere in the packed clubhouse as Lady Captain Karen Edgar welcomed fellow-golfers and friends to the prize-giving thanking June, Flo and Joy for both the beautiful cup and sponsoring the prizes.  She also thanked Hilary Johnston of Johnston’s Bakery, who had kindly provided a beautiful cake, which read ‘golf is better with friends’.

Early in 2022, the long-standing friends and golfers June Humphries, Flo McCall and Joy Steenson came up with the idea of a competition to engender and celebrate friendship and they presented a beautiful perpetual cup to the Ladies’ Branch.  The format for the competition was foursomes and for the inaugural year, the competition was very generously sponsored by the three ladies.

Whilst the weather turned out rather damp everyone got into the spirit of the day.   Unsurprisingly most, if not all of those in the winners’ enclosure, had played earlier in the day and either managed to get round completely dry or played a significant amount of their round before the rain closed in.

The mother and daughter duo of Elizabeth and Alexandra Mawhinney were the delighted recipients of the inaugural Friendship Cup and competition with a fabulous 46 pts.  The pairing of Emma Garrigan and Michelle Kinane were 2nd with 39 pts, beating another mother and daughter partnership of Hilary Johnston and Jill McKenna into 3rd place on the countback.

With 38 pts, the pairings of Lady Vice Captain Lily McMullan and Gail Steed and Sylvia Ashe and Anne Kinsella were 4th and 5th respectively.  In 6th place, with 37 pts was Anne Attwell and Barbara Gartland, beating Moya Brady and Paula McCrory on the countback.

Nearest the pin, at the 7th, was Moya Brady and Alexandra Mawhinney won the longest drive, at the 17th.

The 9 hole competition was won by Tish Burke with 16 pts, beating Marie Corrigan on the countback.

Elizabeth Mawhinney thanked June, Flo and Joy for having come up with the idea, the Cup and sponsorship of the prizes for the inaugural competition.  She also thanked her playing partner and daughter, Alexandra, adding that they had played in a 6-ball, which was another first.

Speaking on behalf of the trio, Flo McCall explained that they had come up with the idea some time ago and thanked Lady Captain Karen for embracing it and allowing them to bring it to fruition.  She also extended thanks to Hilary Johnston, Johnston’s Bakery for the cake and to Lady Vice Captain Lily McMullan who had provided all competitors with a ‘Friends of the Cancer Centre’ wristband. 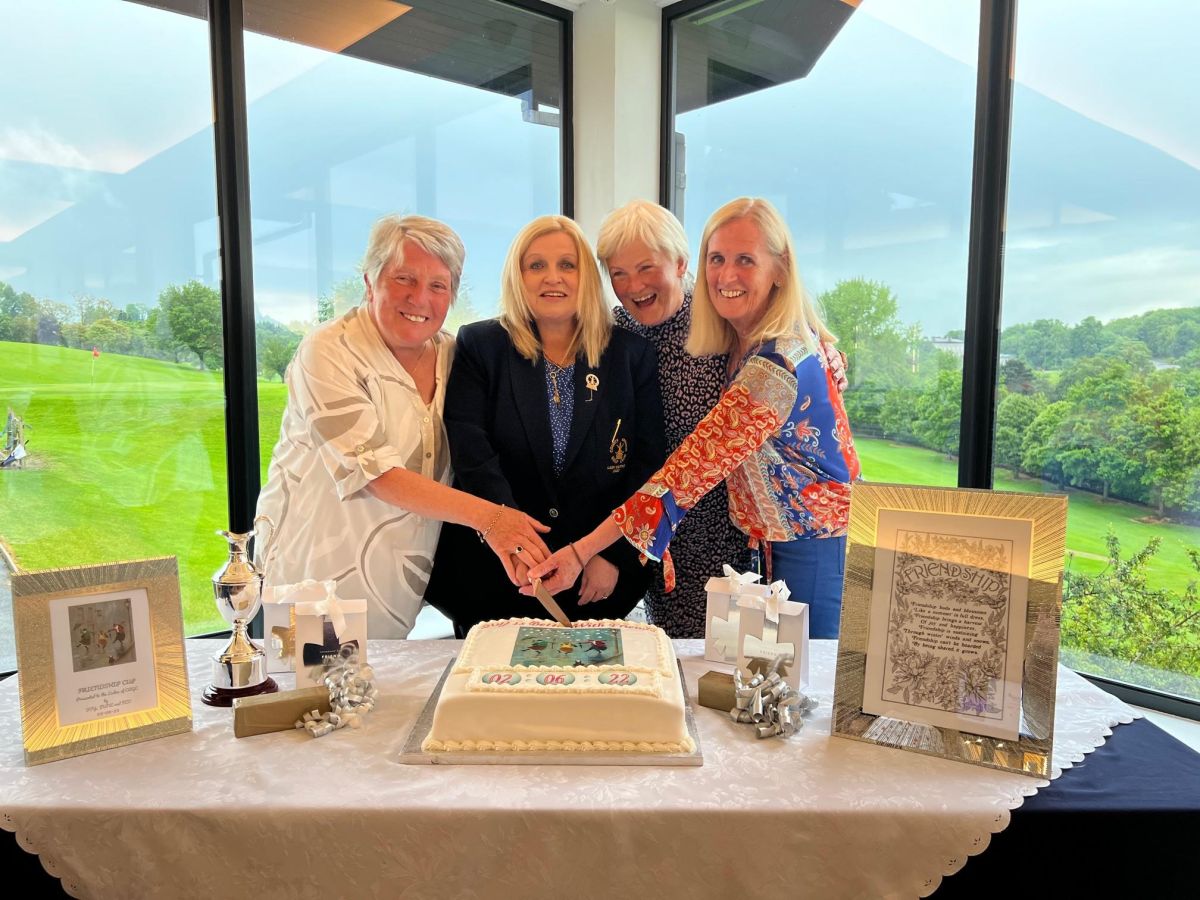 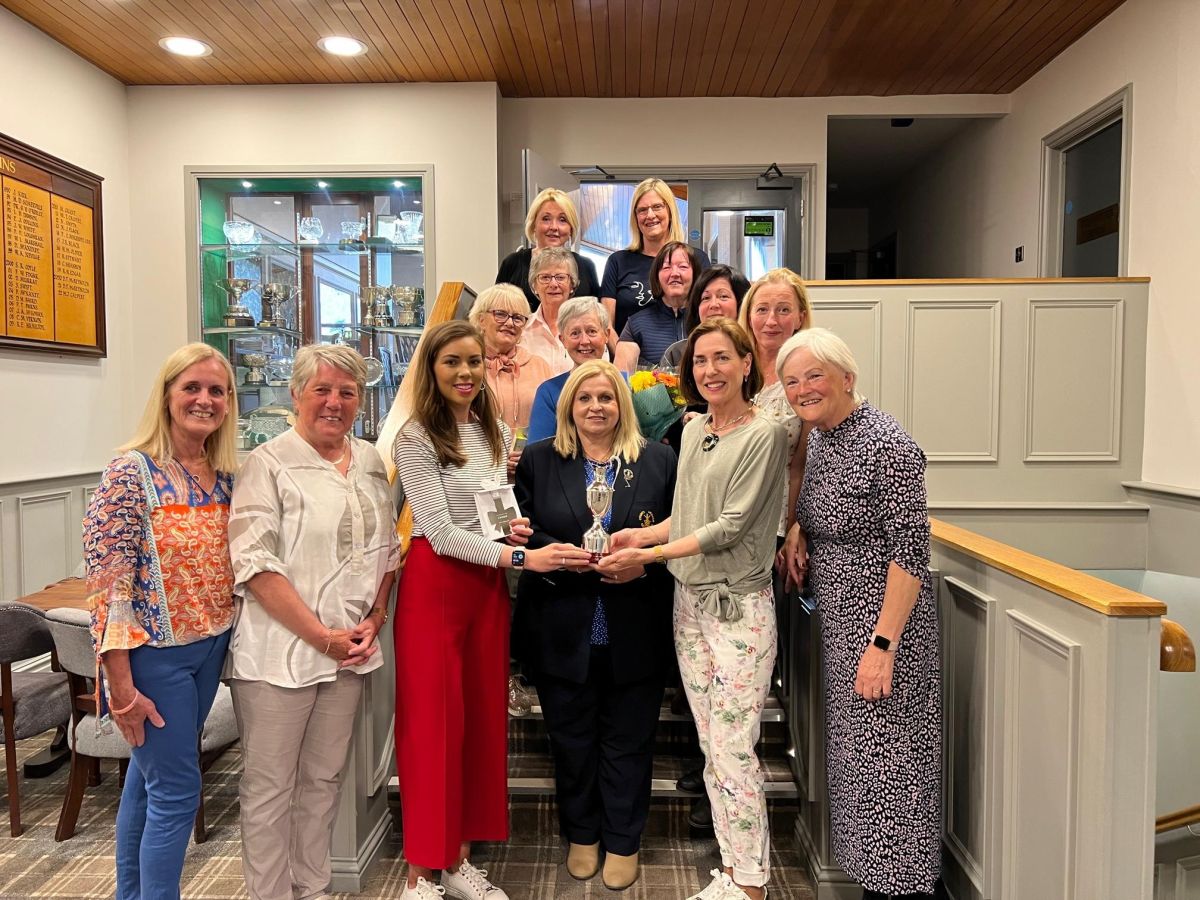