There was a large turn-out for the Ladies’ Branch Annual Dinner and Prizegiving at Co Armagh Golf Club on Friday 6 December.

Much had changed since Christmas 2018 and it wasn’t just the clubhouse that had had a facelift.  Thanks to the creative skills of Sheila Stinson the christmas tree in the foyer had been given a complete makeover and was adorned with an array of her beautifully hand-crafted decorations.

A truly welcoming and festive atmosphere awaited in the bar where the melodic tones of a choir comprising musically gifted Lady Members, accompanied on guitar by the talented Kate Comiskey, entertained with seasonal carols and songs.  Ladies then enjoyed a 3 course meal, followed by homemade mince pies, provided by 7 Hills Restaurant before the end of year prizegiving took place.

The Eileen Steenson Memorial Bowl was won by Maggie McKee.  June Humphries was runner up and Sheila Stinson and Jacqueline Kelly were joint third.

Bernie Harvey was the first winner of the 9 Hole Matchplay competition with Tish Burke runner up.

The turkey competition was won by Paula McCrory with 54pts.  Lily McMullan was 2nd with 53pts, Pauline Gingles 3rd with 49pts, Karen Edgar was 4th with 47pts and Gail Steed 5th with 45pts.

The most improved golfer of 2019 was Michelle Kinane and Paula McCrory had the most birdies (27) with Ellen Brady runner up (19).

Tish Burke was presented the 9 Hole Golfer of the Year cup by Margaret Marjoram and Rita Grimley was runner up.

Paula McCrory won the 18 Hole Golfer of the Year, receiving the JC Fox Cup and Maggie McKee was runner up.

Following a raffle of prizes provided by the Ladies’ Committee, ladies retired to the bar where they were entertained by the talented Claudia Glendinning. 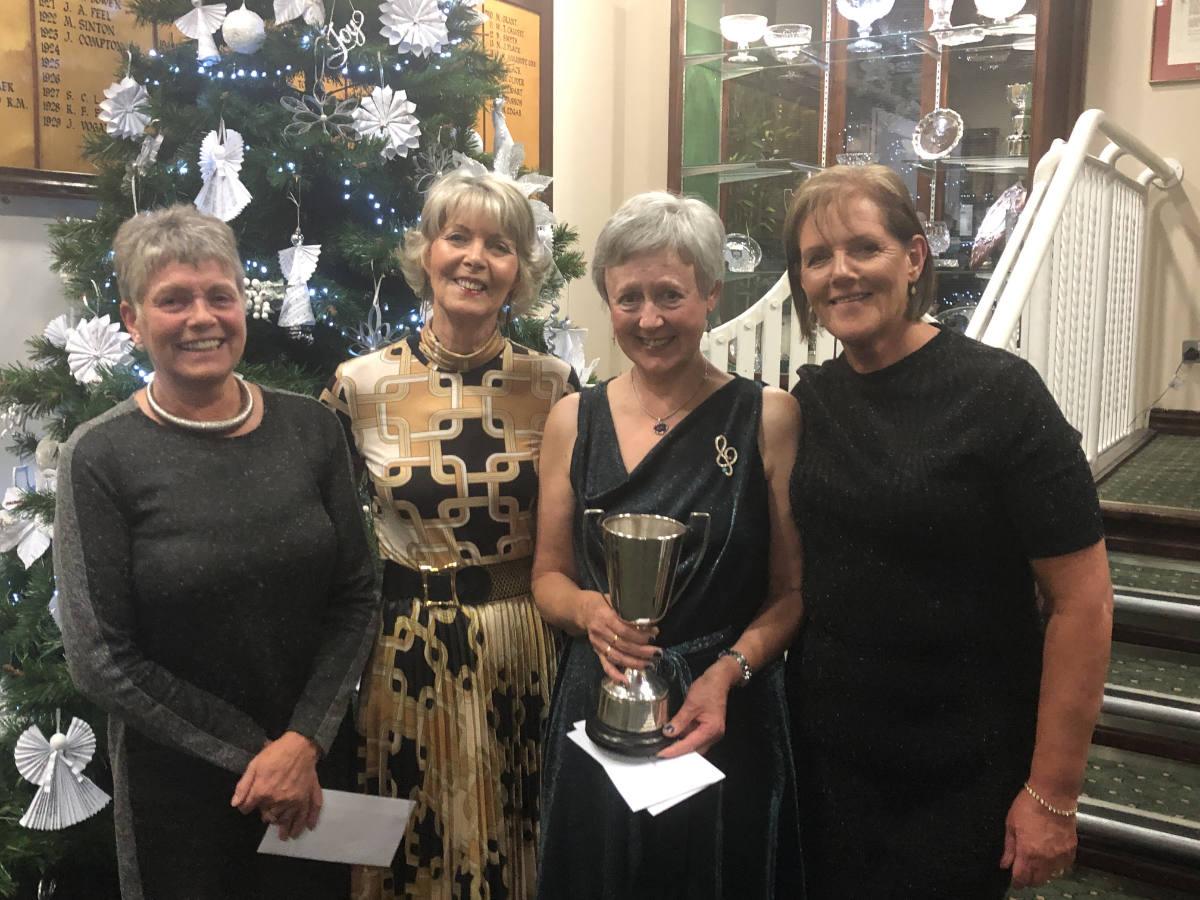 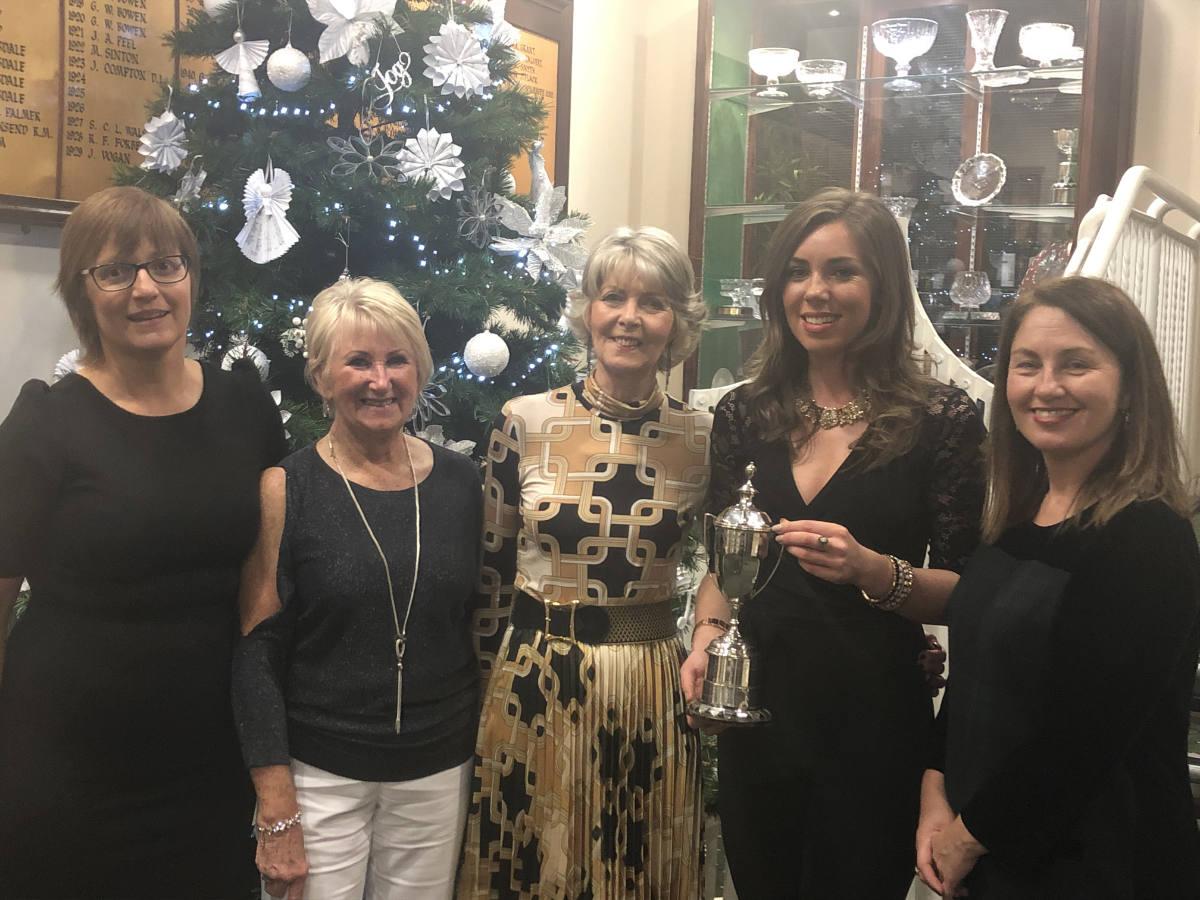 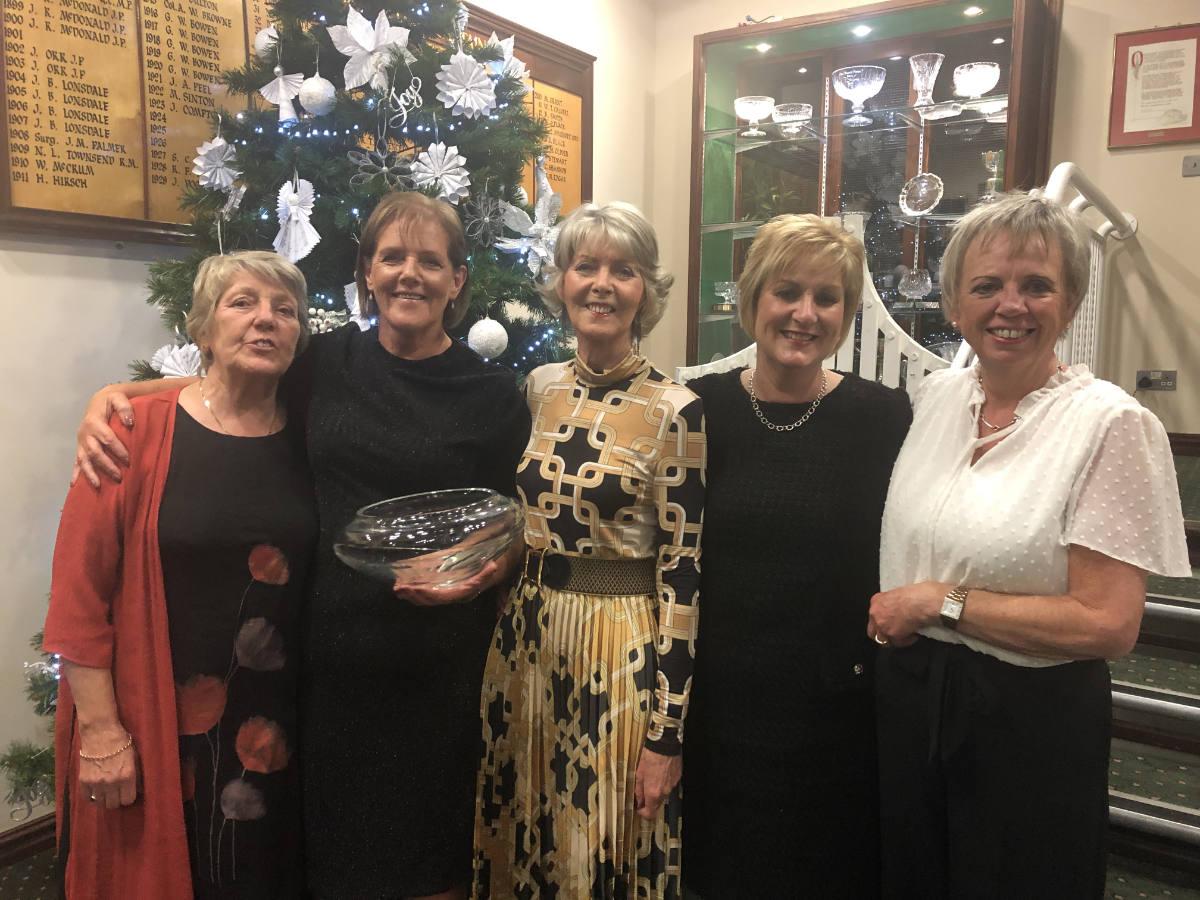 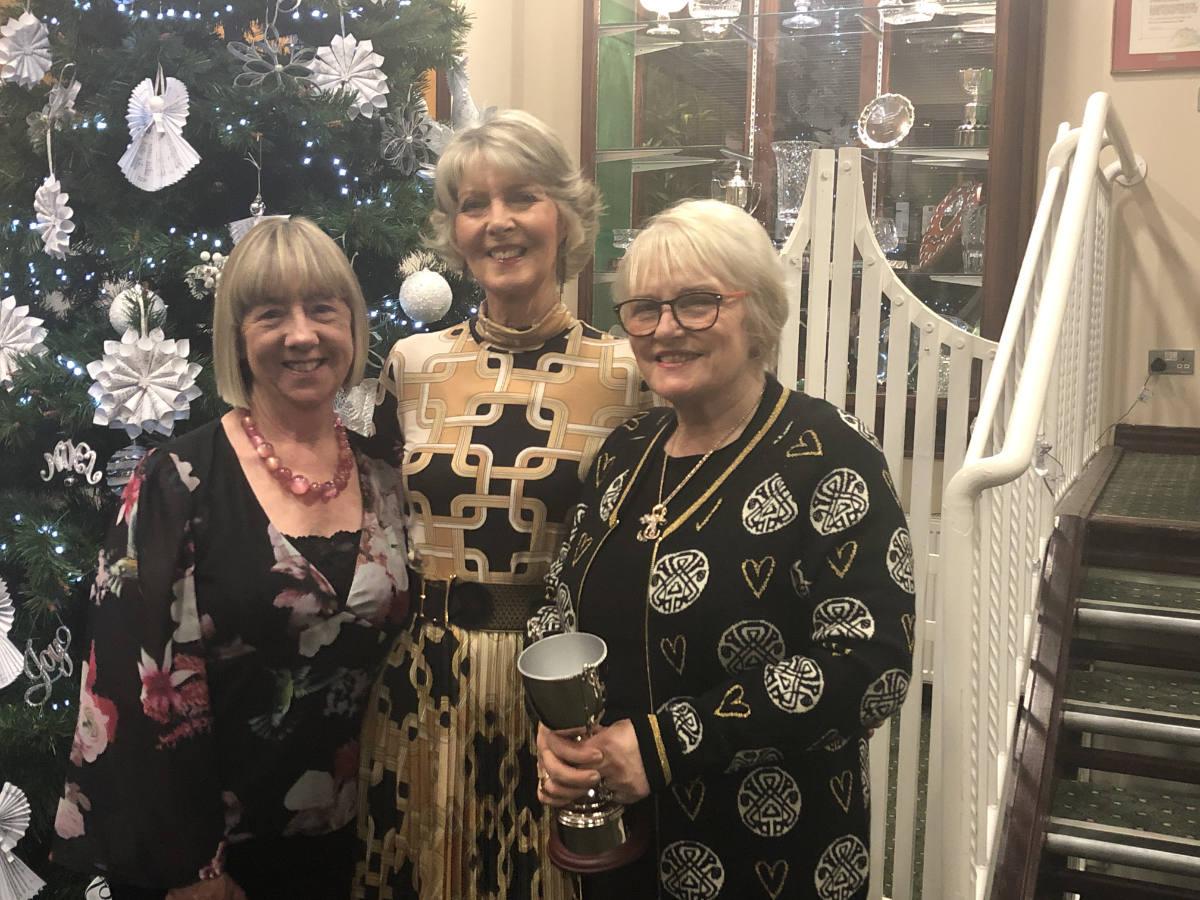 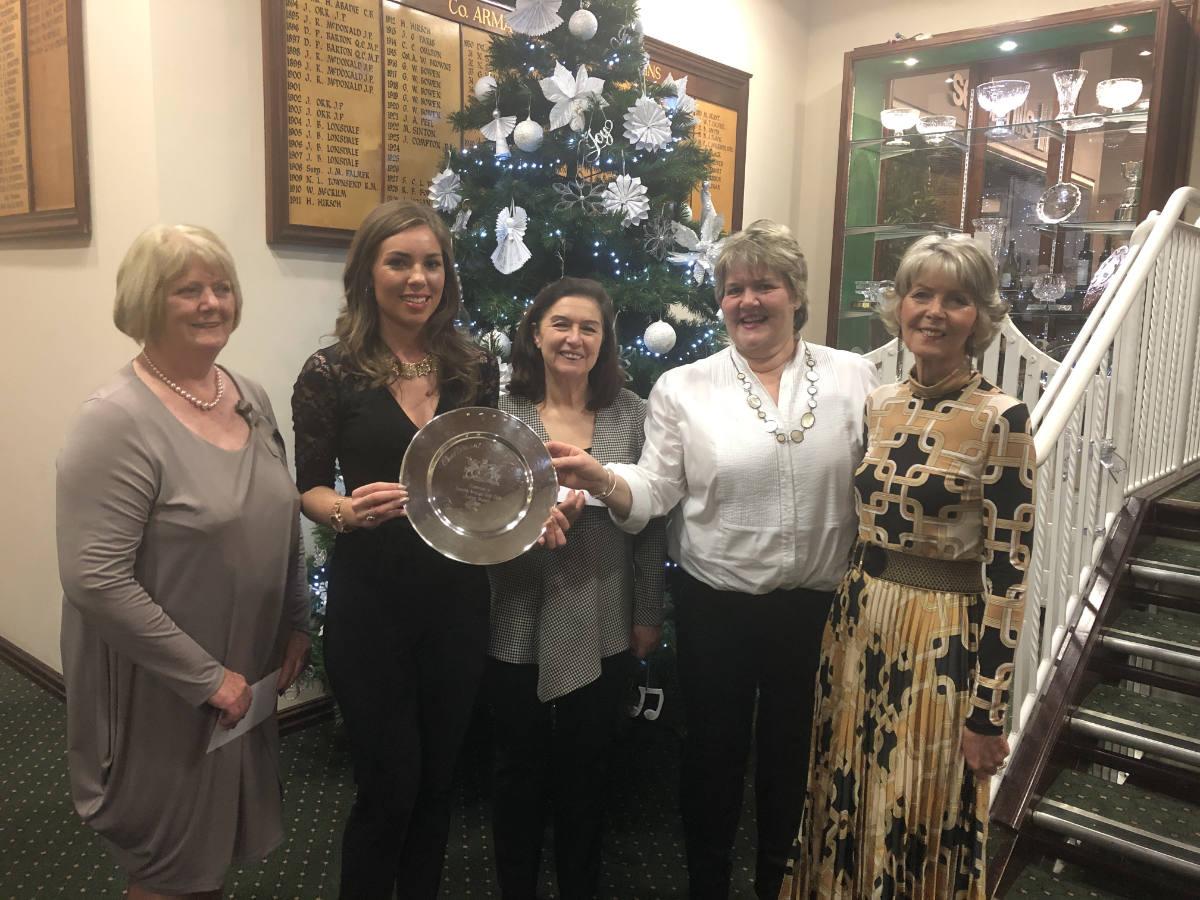 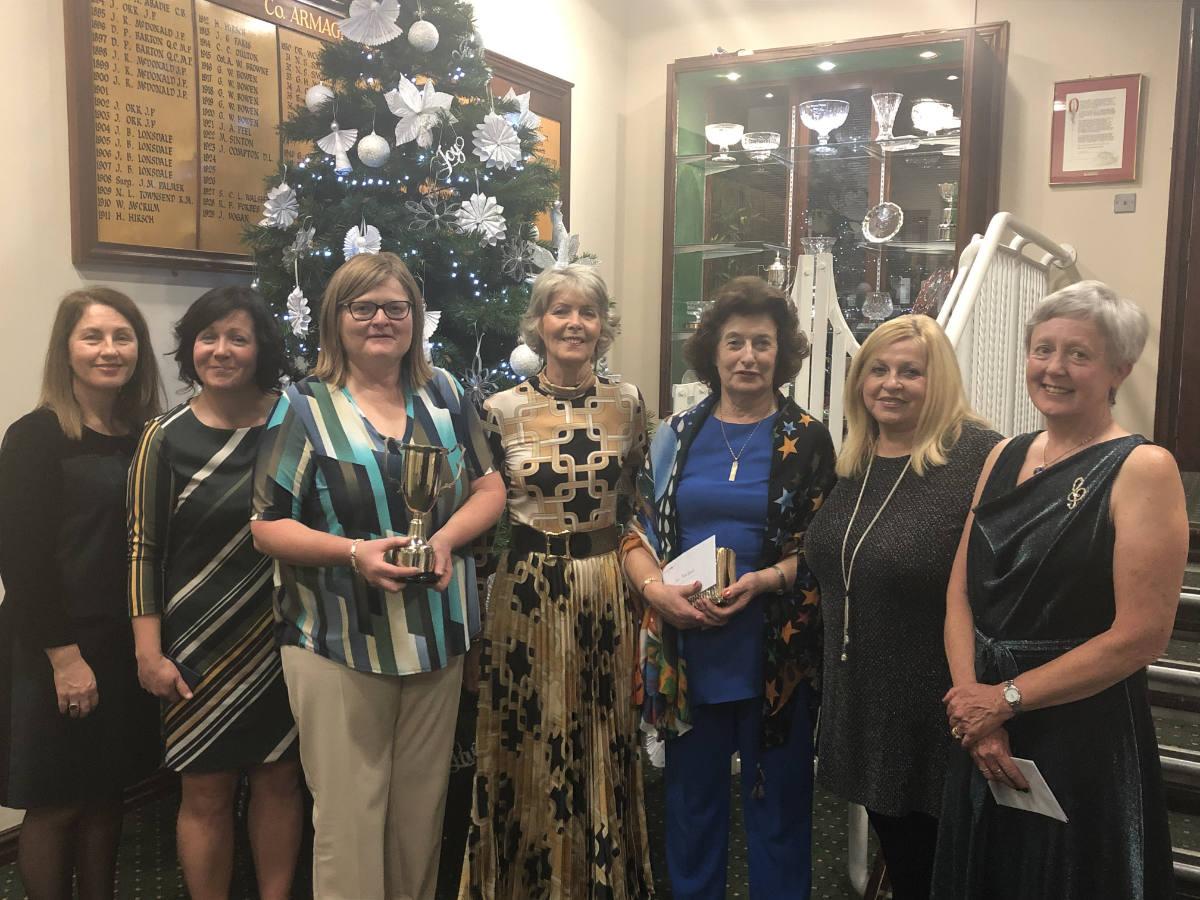 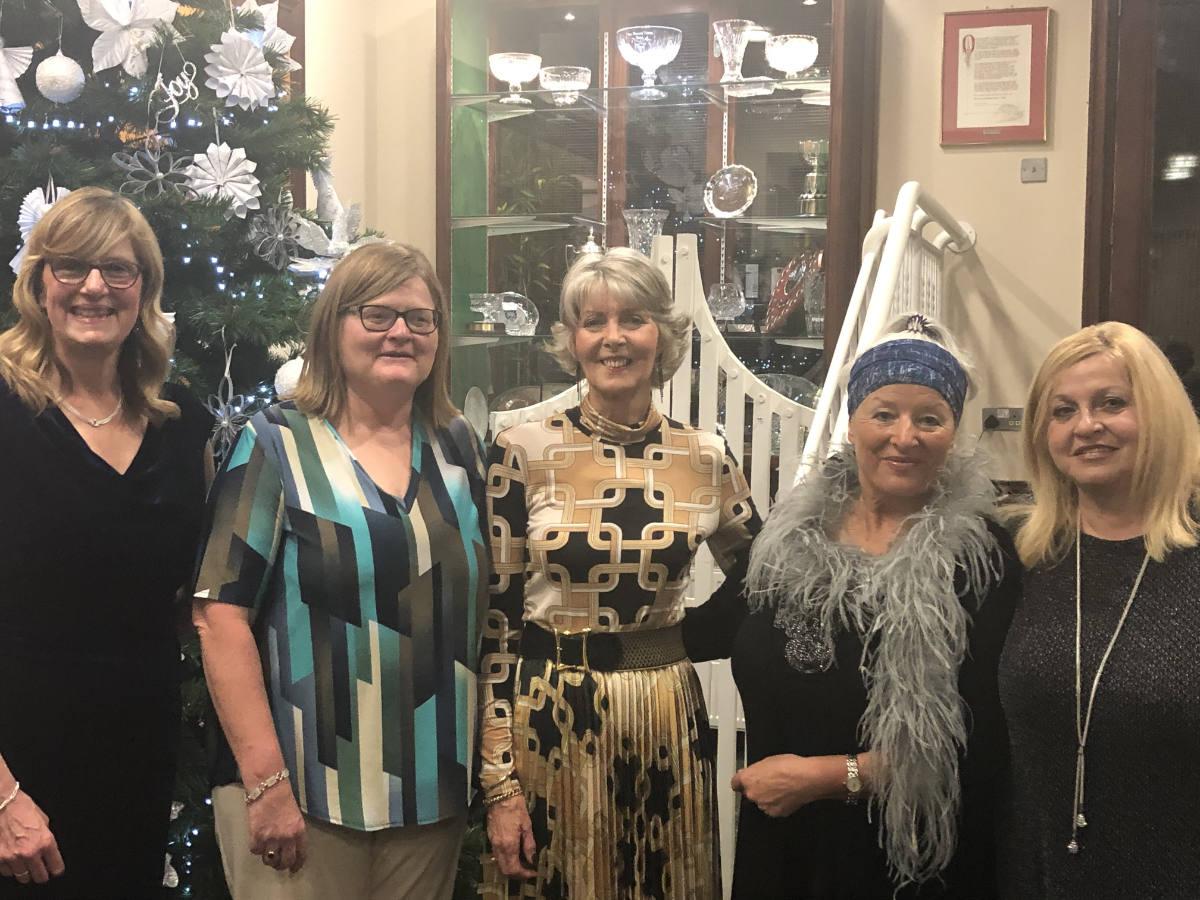 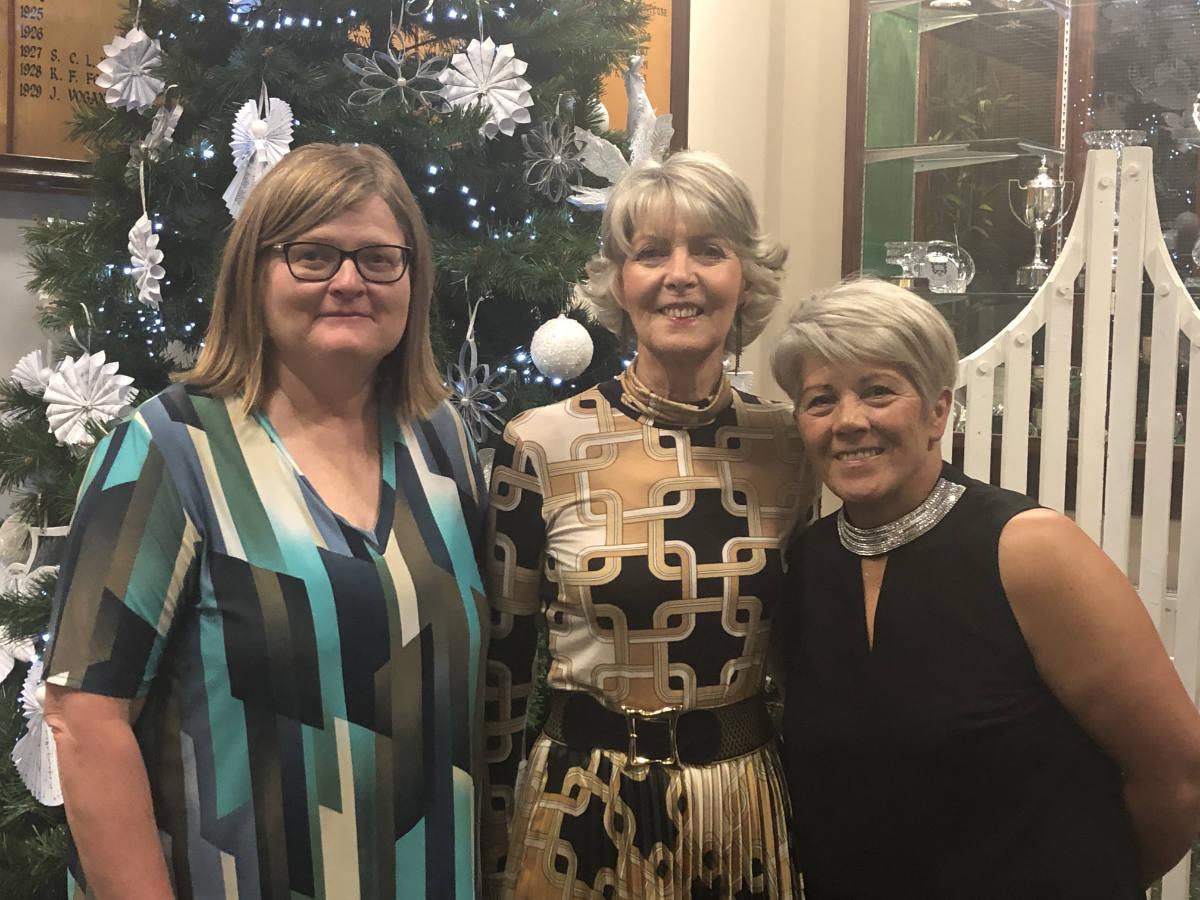 Birdies
L-R: Paula McCrory, winner of the competition for the most birdies; Lady Captain Moya Brady and runner up Ellen Brady 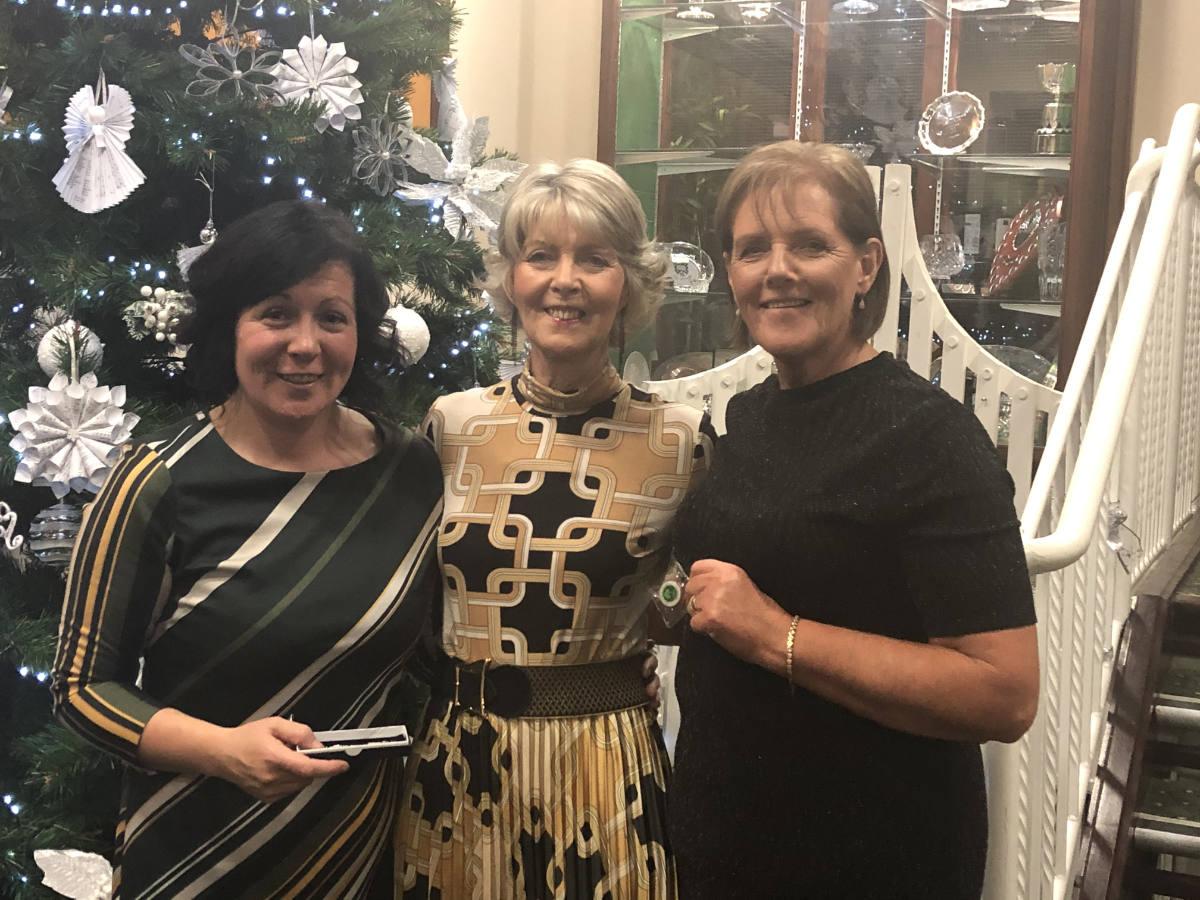 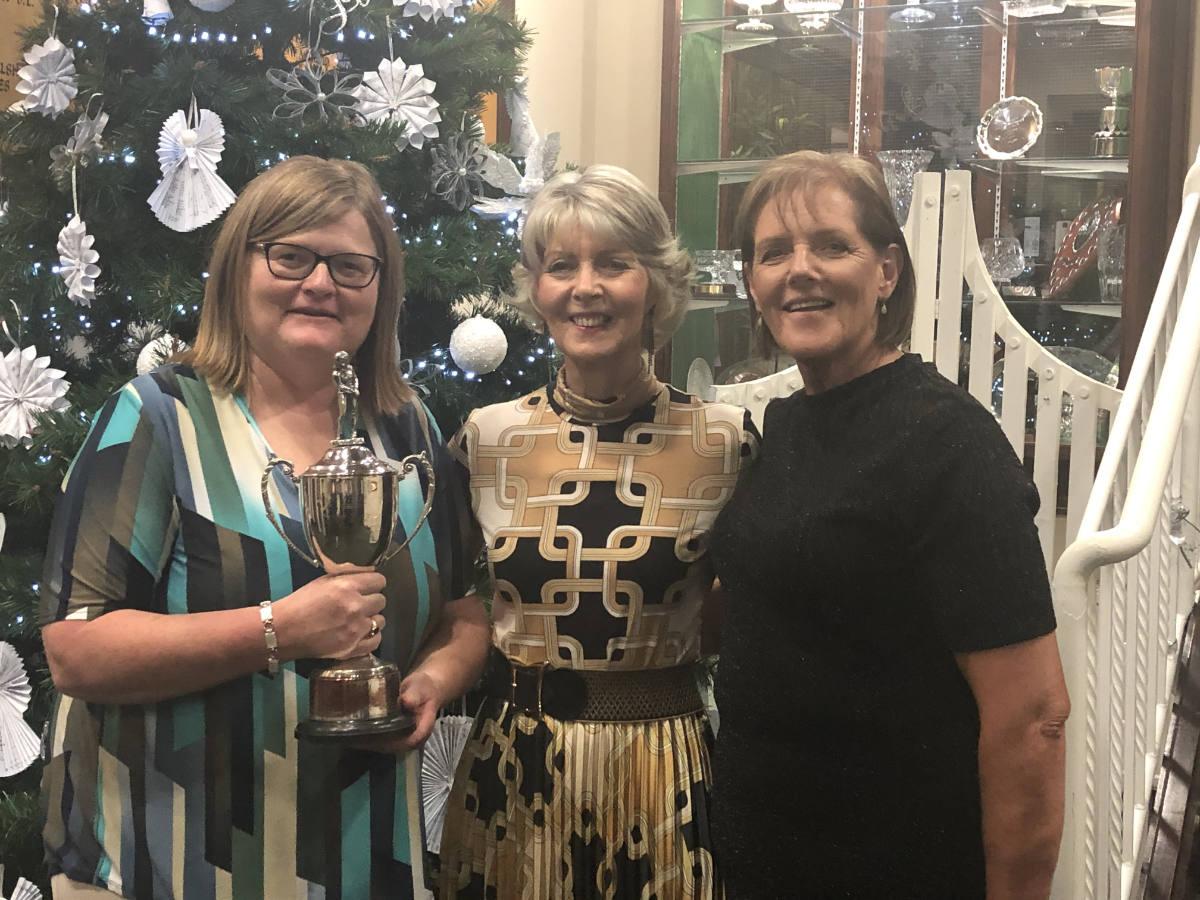 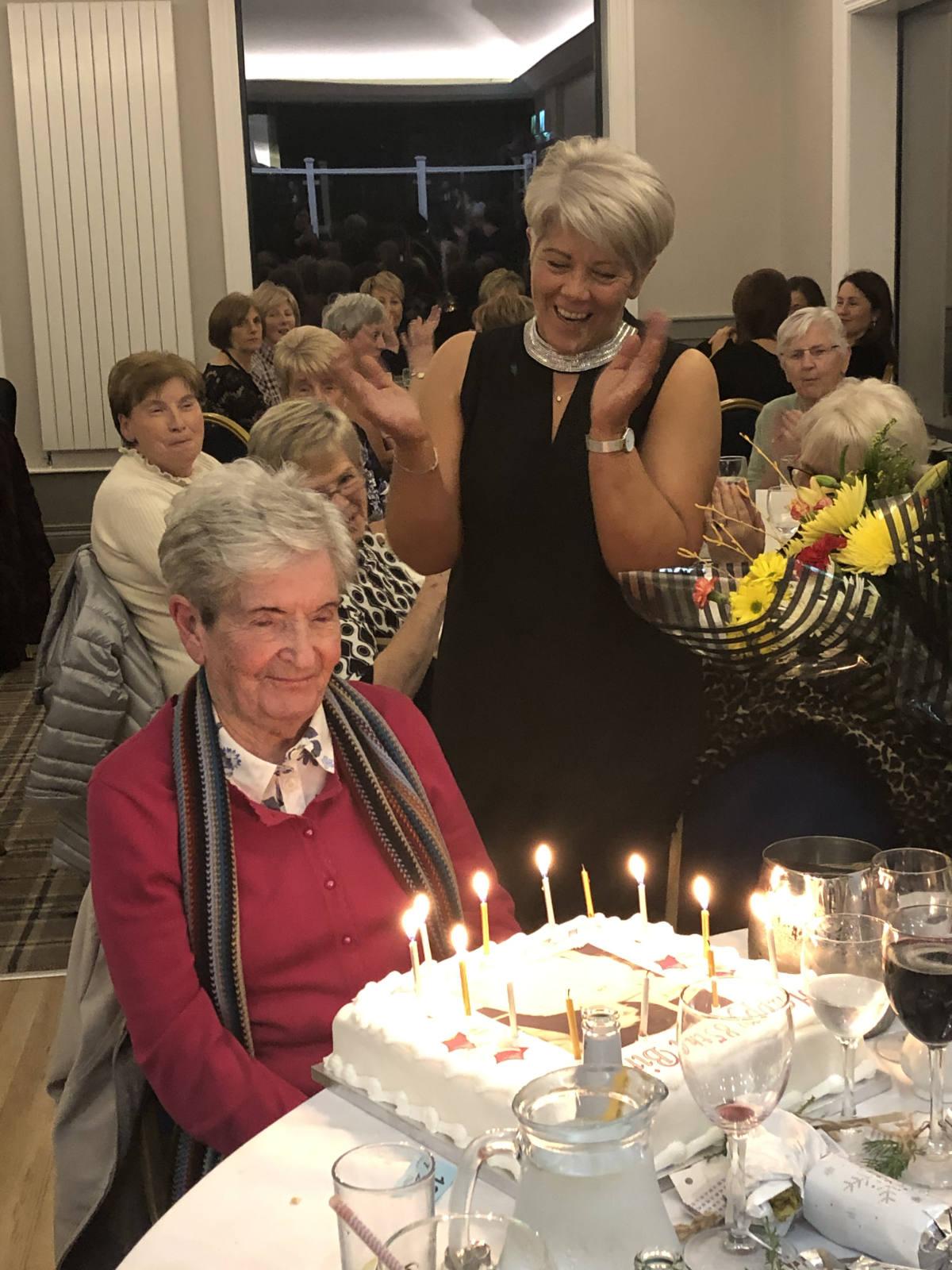