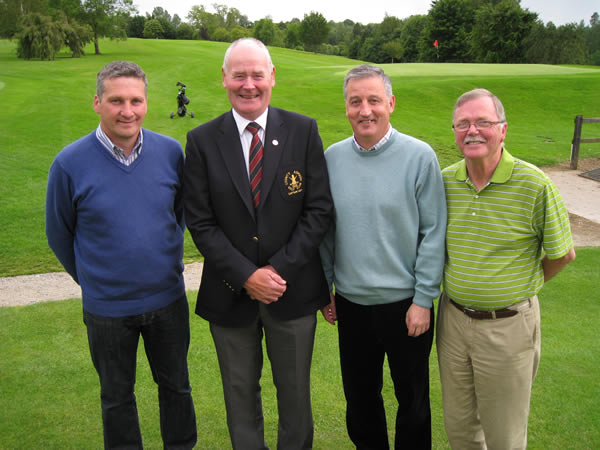 Stuart Stevenson's superb level par gross, nett 66, score on Sunday secured him the June Medal and a place in the club championship later this year.

The four-handicapper shot a one-under par back nine after a one over par front nine for a hugely impressive nett 66 finish to clinch victory on a day when the low handicappers featured prominently among the prizes.

Master John Maguire, who plays off a handicap of five, shot the same nett 66 score. He birdied the par five eighth hole to cover a dropped shot at the difficult sixth hole on his way to a level par front nine. On his return trek he also dropped a shot at the tenth, but recovered brilliantly with a birdie two at the 11th hole. A double bogey six at the 16th hole was unfortunately his undoing.

Ironically it was the very same 16th hole which ultimately robbed Kieran Grimley of the much sought after Medal prize.  He too double bogeyed before finishing with a nett 66. Part of a winning team in the previous day's 4-Ball Classic, Kieran was rewarded however with first prize in Category 1. The 12 handicapper was just three over nine holes. Mark Fraser shot a nett 68 for second prize in Category 1.

Keady man Conlon Rice picked up first prize in Category 2 with a nett 67 - a steady round which included a birdie two at the 11th hole which was obviously the difference on countback with Oisin Gill who also shot a nett 67 and picked up second prize.

Ciaran Black's nett 68 earned him first prize in Category 3 despite a triple bogey start. And yet again Anthony McEneaney slipped in for a prize with a nett 71.