County Armagh Golf Club’s 2020 season started late for obvious reasons but, in the four months since, the on-course action has instilled a heartening sense of relative normality for members. And while the qualifiers are now moving towards their autumnal conclusion, there are always some distinguished honours to be dished out from the latter items on the local fixture list.

Chief among these is perhaps the Henry and May White Memorial Open, which, this year, was won by Sean Gribben. The tournament was held on 12 September and generously backed once again by Philip White Tyres, but none of the 183-strong field could match Sean’s spectacular nett 63.

On another busy Saturday on the fairways of the Cathedral City course, Gribben performed wonderfully throughout his round, but most notably in a profitable run of three pars in four holes from the 12th to 15th. And in addition to following 2019 champion Rory Smyth in having his name etched on the prestigious silverware, Sean has taken receipt of a new 26 handicap. That number is sure to plummet further if he maintains anything like this form in the next few weeks.

Runner-up in the White Memorial pecking order was Paul McCreesh, who was unfortunate to miss out on top spot after carding a fantastic nett 64. Paul started each nine with unpromising sevens but barely put a foot wrong otherwise. A birdie at the 3rd, a hat-trick of consecutive pars from the 6th to 8th and a closing par four were among the highlights of McCreesh’s 83-shot outing, which brings about a 19-to-17 handicap cut.

The bronze-medal berth was occupied by Shea Smyth on account of his one-under-par knock. Smyth will not relish reflection on his three dropped shots in the last three holes but, prior to that, he was magnificent. Birdies at the 1st, 8th, 10th, 12th and 14th helped Shea plot his way back to a three handicap.

Mark Stevenson and Noel Murtagh each returned a brilliant nett 67 and needed a break of tie to be separated into fourth and fifth places respectively. Mark racked up half a dozen pars and a Beresford birdie and is now playing off 13 as a result. Noel, meanwhile, managed to shoot a splendid gross 79 despite his treble bogey at the 10th. Murtagh’s birdies at the Quarry and Lakes, and the avoidance of anything worse than a bogey elsewhere, more than ameliorated the damage caused by that Obelisk eight.

The nett prizewinning line-up was completed by Colm Shannon and Brendan Powell, both of whom declared with excellent nett 68s. Shannon’s par at Cathedrals proved decisive in his sealing sixth position ahead of Powell, who birded Crossways and Ballyheridan amid his eight-over-par offering.

Stewart Stevenson was the overall runner up in the Henry White last term and he performed tremendously in the event once again here. The three-handicapper secured the gross award courtesy of a classy 69-shot display comprising 13 pars, three birdies and two bogeys. Next to Stewart in the scratch standings was Mark Loughran, who birdied the 2nd, 12th and 17th during his terrific 72. 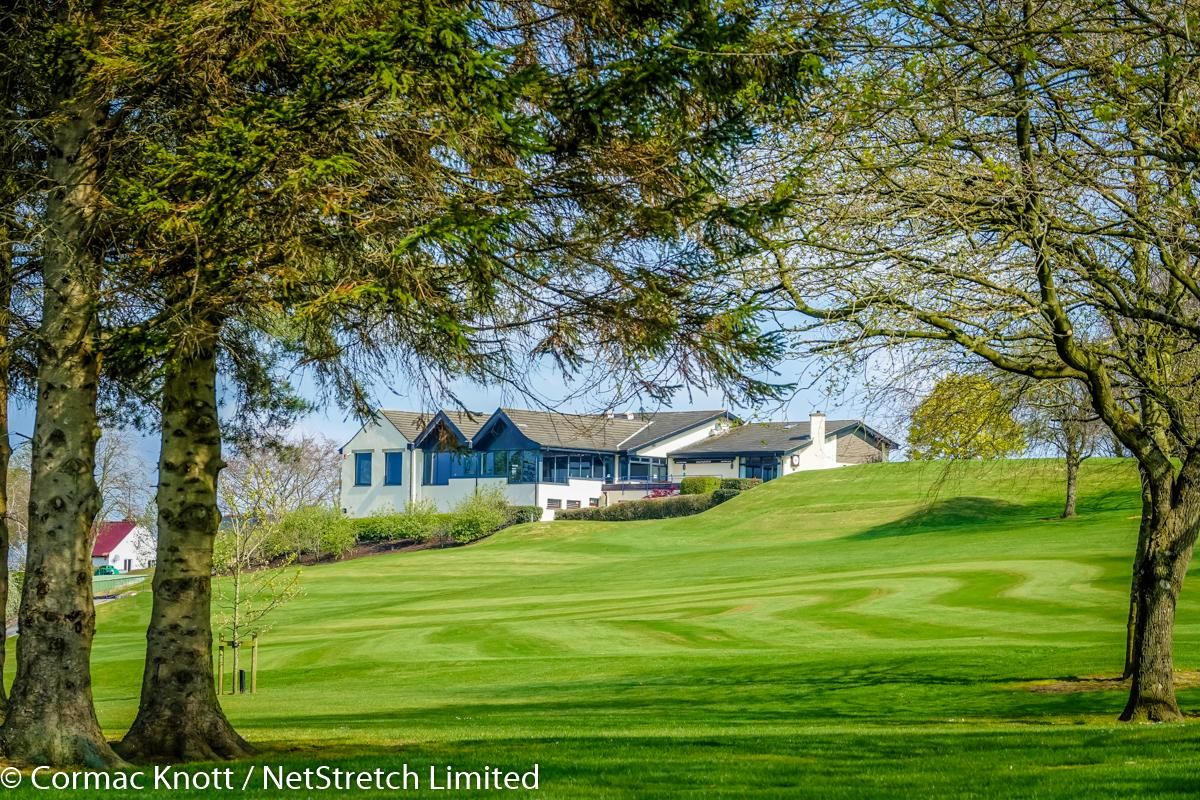