WEEKEND WINS FOR MARK AND TOMAS

County Armagh Golf Club’s proper 2020 season got belatedly under way only recently but, with the on-course action now coming thick and fast, it almost feels like we were never away.

On Saturday 20 June, Mark Elliott negotiated the blustery conditions admirably to triumph in a club stableford competition. Boosted in no small part by birdies at the 2nd and 15th and what turned out to be a decisive one-over-par homeward trek amidst a gross 75, the now 10-handicapper could not be caught at the overall leaderboard summit.

Kris Calvert equalled Elliott’s 42-point total but was declared in the silver-medal berth on account of his slightly inferior back nine. Calvert’s excellent round was a neat-and-tidy offering consisting of 14 pars and four bogeys.

Elsewhere, Mark Loughran registered a hat-trick of birdies during a splendid gross 71 that rendered him unbeatable in category 1. Occupying second position here was Paul Pender, whose disappointments at the 10th and 12th were more than ameliorated by birdies at the 4th and 15th and a closing 39-point tally.

The top of category 2 threw up a sibling skirmish as a pair of brothers Grimley each carded 39 points. Bernard’s magnificent birdie at the Lakes ultimately proved crucial in clinching the 13-18 handicap honours on a back-nine break of tie ahead of David, who was forced to settle for second place despite plundering 10 pars.

The quest for prizes in category 3 was more clear-cut, with Benny Simpson’s experience getting the better of Dermot Hicks’s youth. Benny’s wonderful 41-point haul included a couple of pars on each nine, while Dermot Hicks maintained his promising run of form with 38 points, a hefty 21 of which were garnered after the 10th.

Twenty-four hours later on 21 June, Tomas McElmeel grabbed glory in the weekend’s second club stableford courtesy of a superb 43-point outing. A 12-over-par effort incorporated half a dozen pars and a Ballyheridan birdie and means McElmeel now plays off 17.

Tomas’s closest challenger in the Sunday pecking order was overall runner-up, Chris McCabe, who accrued 41 points from an impressive 79-stroke scorecard that boasted birdies at the 2nd, 9th and 12th.

In the sectional reckoning, a quartet of players posted 39 points to secure all four prizes on offer from categories 1 and 2. Paul McCurry reached that 39-point mark by virtue of a gross 77 that contained a satisfying run of nine consecutive pars from the 9th to 17th. McCurry took the category 1 honours on a countback from Adam Hunniford, who demonstrated that his midweek heroics of 10 days previously were no fluke with a praiseworthy three-over-par knock this time out.

Meanwhile, Brian Cleland’s winning performance in category 2 included seven pars and a birdie on Lady Anne’s walk. The highlights of Tim Teahan’s showing in the 13-18 handicap bracket were four pars in a row at the end of his front nine and, soon after, a two up on Rokeby Green.

In category 3, Gary McCusker recorded three pars on each nine and received the plaudits by virtue of his solid 38-point tally. Runner-up to Gary was Shane O’Halloran, whose creditable 35-point outing concluded with a rare birdie on the 18th. Finally, Philip Kelly claimed the Sunday gross award. The one-handicapper broke par in characteristically consummate ease with 37 gross points, quite a few of which were gathered up in a spell of four birdies in the opening eight holes. 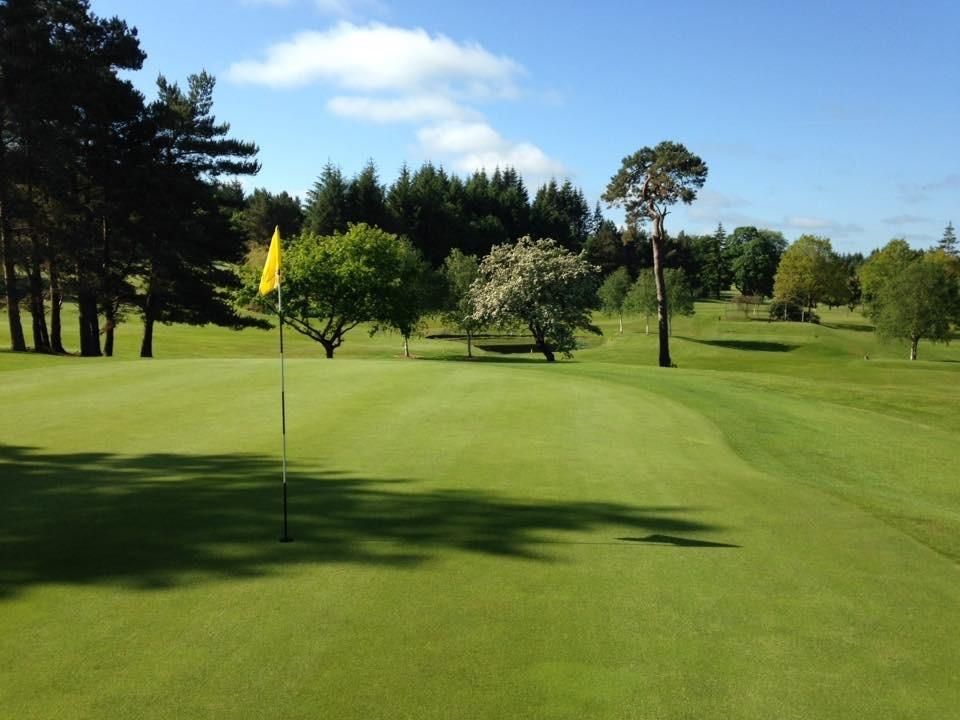