After its absence of the last few years, the Club Championship made a welcome return to County Armagh Golf Club’s fixture list in 2020. And the reinstated prestigious 36-hole event, sponsored by Rollins Insurance and contested on 26 September and 3 October, was won by Dermot Hicks.

The young Abbey Park man claimed the title by virtue of a tremendous two-round aggregate of 132.

On day 1, Hicks carded a fine 40-stroke outward nine before his hopes were derailed by a calamitous quadruple bogey at the 12th following a retrospectively imposed two-shot penalty. The response to that adversity was emphatic, however, as Dermot parred three of the last four holes to sit poised on nett 67 at the halfway stage.

That late rally had restored the spring in the Hicks step for combat seven days later, and he capitalised fully by recording a splendid nett 65 that incorporated five pars, a Sequoias birdie and a redemptive par at Ballyheridan.

This Club Championship success puts the seal on Dermot’s impressive breakthrough season on the CAGC fairways, in which his handicap has plummeted from 22 to 17. He will be looking for more of the same in the 2021 campaign.

Just a single shot adrift of Hicks and securing the runner-up award was Stephen Black. He’s had his handicap clipped from 22 to 20 courtesy of fabulous offerings of nett 65 and 68, which included a combined count of a dozen pars as well as a birdie at Rokeby Green in round 1.

On what was a concertinaed leaderboard, Black’s tally of 133 kept him one clear of third-placed Stephen Miller, who posted a handsome brace of nett 67s and, as a consequence, is now playing off 18.

Meanwhile, Nathan Hall’s Championship performance encompassed a little bit of everything, His numbers ranged wildly from a spectacular eagle at the 12th on the last Saturday in September to a gruesome nine at Old Coach Road on the first Saturday of October (which, it should be acknowledged, he immediately and admirably backed up with a birdie at the 9th). Nathan eventually disembarked his 36-hole rollercoaster with a 135-shot total and fourth prize.

Completing the (sadly still imaginary) nett podium line-up was Stuart Lee in fifth position. The seven-handicapper’s characteristically classy knocks of nett 70 and 66 contained no fewer than 19 pars and four birdies across the piece.

Meanwhile, on 143, Shea Smyth added another gross accolade to his burgeoning collection. In his initial outing, the three-handicapper birdied three of the opening five holes before eagling the 12th but, most untypically, eventually concluded proceedings by haemorrhaging five shots between holes 34 and 36.

There were prizes on offer too for the best 18-hole showings on each Saturday. The top of these standings in round 1 was a battle between a pair of low-scoring Clarkes, with Thomas’s superb nett 64 ultimately edging out Colin’s almost-as-grand nett 65.

Finally, the corresponding round 2 pecking order was a somewhat more clear-cut affair. Philip Richards’s scintillating nett 61 saw him prevail comfortably ahead of next best David Spratt, who returned an excellent nett 65 of his own. 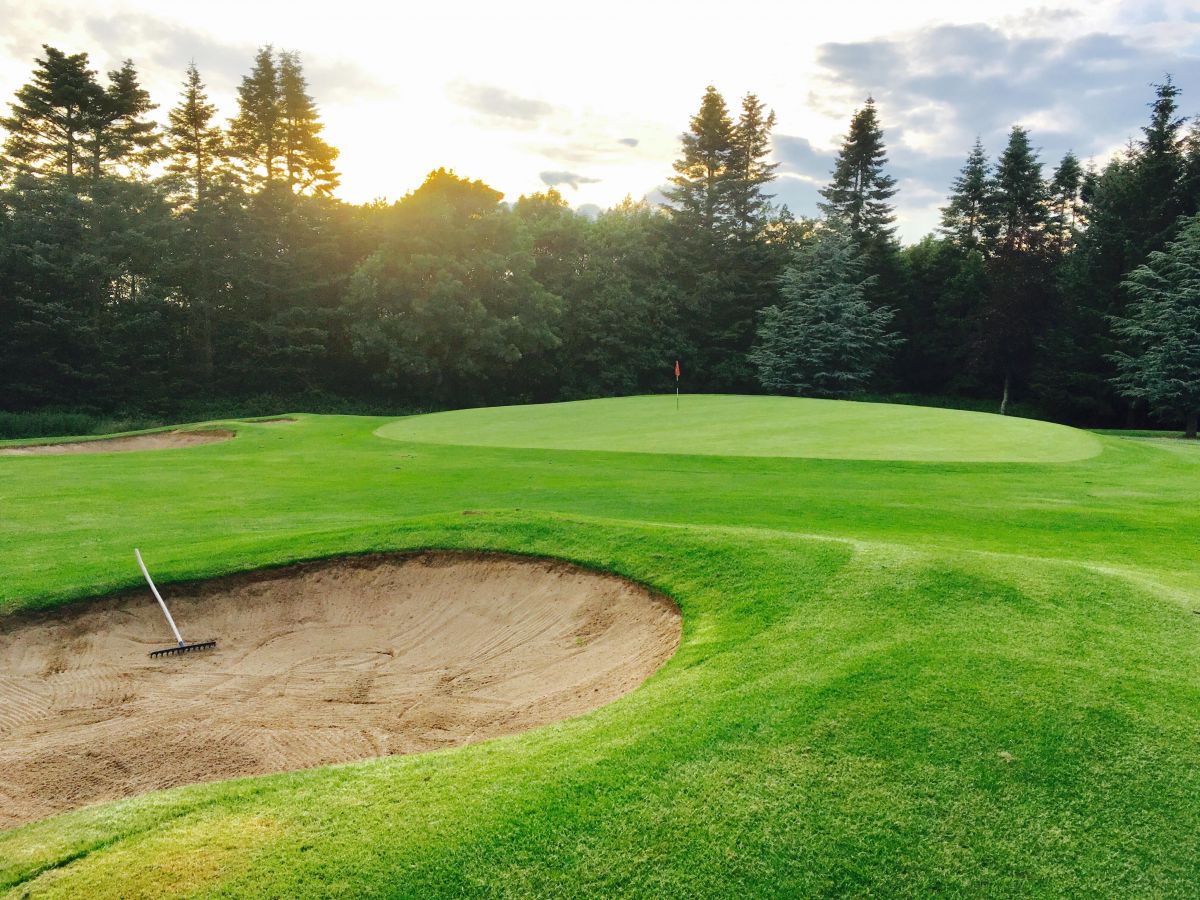