Since its initial introduction at CAGC in 2017, the 36-hole Scratch Cup has quickly become a much-anticipated item on the local fixture list. And while this season’s instalment of the prestigious gross event was a necessarily scaled-down affair featuring only club members, there was no shortage of golfing class on show.

Speaking of which, Philip Kelly’s triumph in the 0-5 handicap bracket came courtesy of a masterly two-round total of 141. The one-handicapper’s morning one-over-par outing included birdies at the 2nd, 4th and 10th.

Then, after lunch, an eagle at the 10th proved the highlight of an even better 70-stroke performance. The inevitable outcome of such excellence was that, after Jarlath McReynolds, Michael McSherry and Joe Rooney, the name of Philip Kelly is the fourth to be engraved on the much coveted Senior Scratch Cup trophy.

A marvellous 36-hole aggregate of 143 ensured that Adam Cromwell finished just two shots off Kelly’s lead and thus secured the runner-up accolade. Adam registered half a dozen birdies across the piece and got his handicap clipped back to one in the process.

Meanwhile, Nathan Grimley was crowned a most deserving Junior Scratch Cup champion. In the tournament populated by those with a handicap of six or above, Nathan proved unbeatable after declaring on 153.

The now five-handicapper, who has been experiencing a productive season on the prize front, opened with a brilliant gross 73, which meant that a tired but respectable afternoon 80 was sufficient to deliver him to glory. Grimley follows in the footsteps of previous Junior title holders Jimmy Wilson, Caolan McReynolds and Lee Stewart.

Four strokes adrift of Nathan was second-placed Kris Calvert, whose knocks of 77 and 80 either side of the break represented a more than creditable Sunday’s work.

Elsewhere, although handicaps aren’t factored into the reckoning for the main Scratch Cup honours, there are always lucrative nett awards up for grabs too. On this occasion, the best nett showing of those who didn’t appear further up the overall standings was Stewart Stevenson on nett 141. The three-handicapper avoided a double bogey throughout and, on a countback, nudged Martin Gill into second position.

On the same day, a competition was held for those who are content to limit their golfing activities to 18 holes. Here, Kevin Smyth and Simon Arthurs were tied atop the stableford leaderboard on 38 points before the former edged out the latter on a back-nine break of tie.

Winner Smyth’s terrific gross 83 incorporated seven pars, while Simon enjoyed back-to-back birdies at the 6th and 7th. Behind that pair, the bronze-medal berth was filled by Ryan McVeigh who racked up 36 points having birdied the Old Third and parred five of the first six holes on his homeward trek. 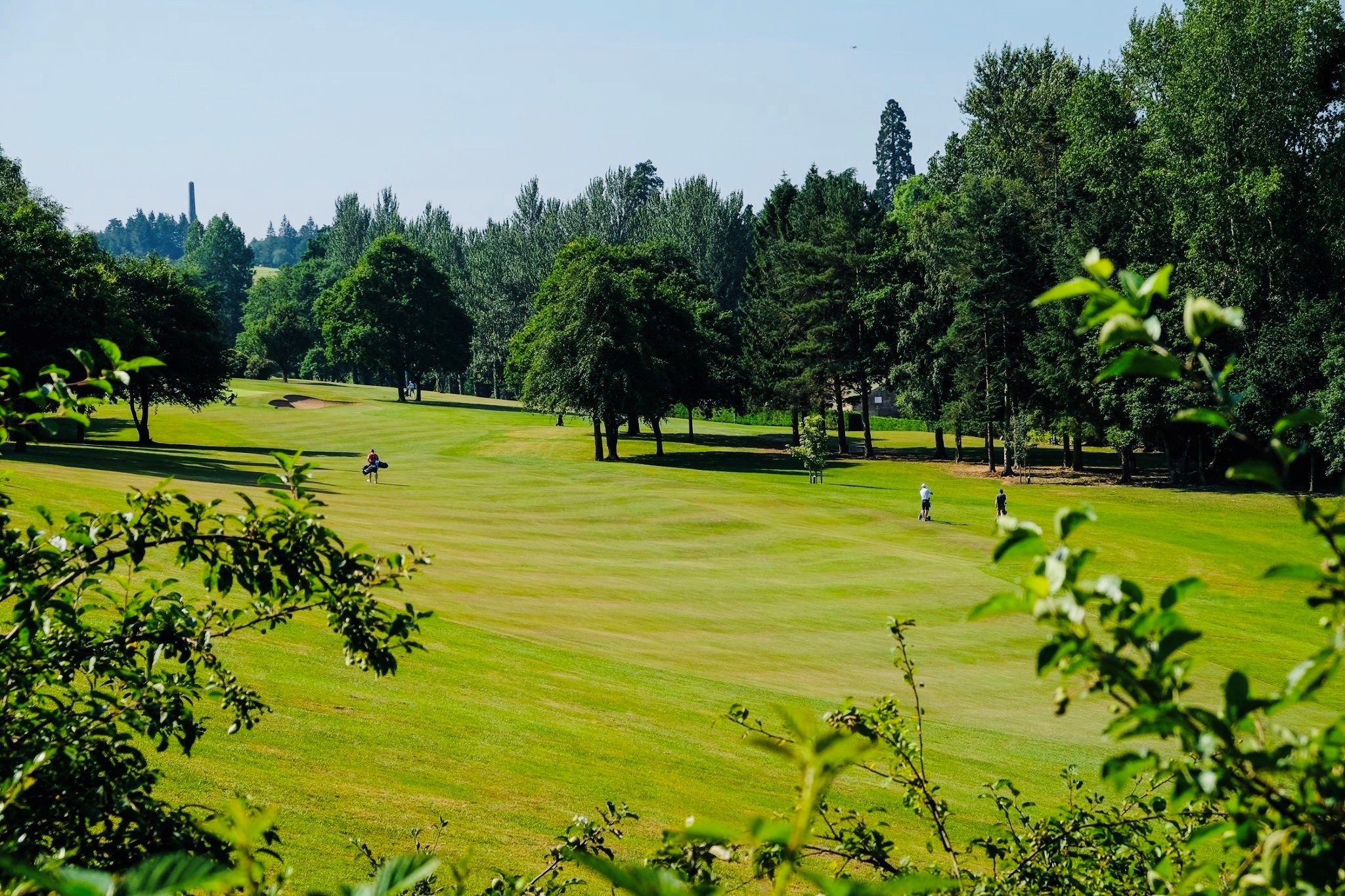