County Armagh Golf Club’s recent Bankers Cup tournament was sponsored by Gary McCourt Financial Solutions, and it was Shea Smyth who made all the correct on-course calculations. On 19 July, Smyth carded a stunning three-under-par gross 67 to carry off the coveted silverware and clip his handicap from four to three.

Shea negotiated the first half in just 31 blows, with an awesome eagle at the 6th nestling handsomely amongst a hat-trick of birdies at the 3rd, 5th and 7th. A minor wobble came in the form of the back-to-back bogeys with which the 2017 Golfer of the Year ended that front nine, but he was quickly back into his formidable stride with a four up on the 10th.

And yet another birdie would arrive later at the 18th, as Smyth put the finishing touches to an exceptional nett 63 and four-shot triumph. After namesake Brady’s win in 2019, this also ensured that it was a “Shea day” in the Bankers Cup for a second year running.

Champion Smyth’s nearest neighbour in the overall standings was Adam Cromwell, who himself performed quite remarkably in returning a gross 69 and nett 67. Cromwell’s one-under-par outing was a magnificently monotonous affair, encompassing as it did 15 pars, two birdies and a solitary bogey. Adam is no doubt just as happy with his new handicap of one as he is with these well-earned runner-up spoils.

Completing the triumvirate of sub-par players on this splendid Sunday of CAGC action was John Maguire, who recorded a four birdies amid his masterly gross 68. In the category 1 reckoning, John edged out Oliver Connell on a break of tie. Oliver matched Maguire’s nett 67 total despite unsightly treble bogeys at the 1st and 14th. Those errors aside, the new 11-handicapper was unflappable, racking up lucrative twos at the 7th and 11th as well as nine pars elsewhere.

Aaron Wright, meanwhile, was unstoppable in category 2, where his 81-hit round generated a nett 67 and a pleasing 14-to-13 handicap lowering. In second position behind Aaron in this section was Lee Kirrane, whose impressively drama-free back nine contrasted with the engaging turbulence of an outward trek containing a couple of birdies but also two double bogeys and a treble.

A purple patch of five pars in half a dozen holes from the 2nd to 7th provided the backbone of the nett 68 that handed Dermot Hicks’s victory in category 3. Dermot’s progress was briefly stalled by a quintuple bogey at Ballyheridan but he recovered well thereafter to continue his productive post-lockdown form. Much the same could be said of the runner-up in this 19+ bracket, Chris Hart, who collected another 2020 accolade courtesy of a solid nett 70.

Three days later on 22 July, Brendan Beagan was king of the over-70s after a wonderful 82-stroke, 40-point display that included birdies at the 6th and 12th. On the same Wednesday, Barry Lappin registered no fewer than eight pars on his way to a spectacular 43 points and glory in the under-50s event.

The simultaneous seniors competition was won by David Grimley, whose marvellous 40-point midweek total was helped in no small part by a bountiful sequence of five pars and a birdie from Lady Anne’s Walk to Old Coach Road. 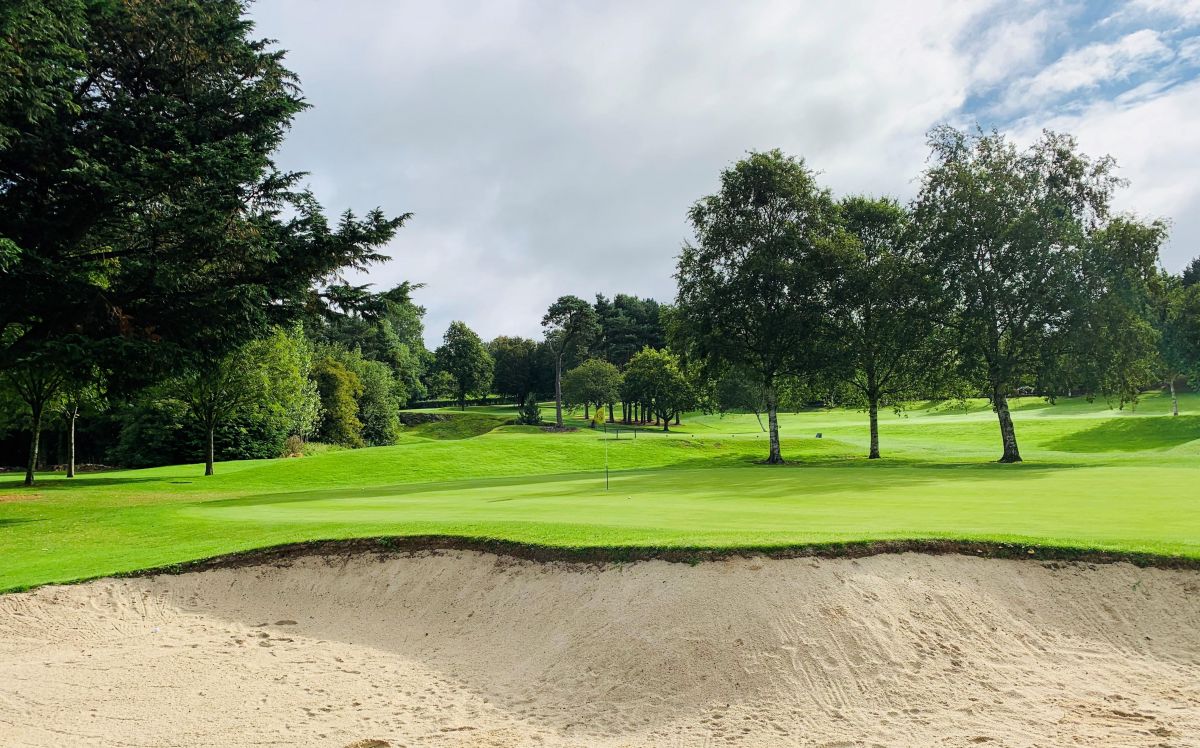