The historic Hirsch Cup is the Swiss Ladies Open Championship trophy, which was won by County Armagh's most celebrated lady golfer, Maisie Hirsch, before she donated it to the club in 1938.

Fast forward to the present day, specifically 11 July 2020, and each competitor in a 202-strong field stepped onto the first tee aiming to follow in Maisie's illustrious footsteps and take home the Hirsch Cup for himself.

This stroke competition, kindly sponsored once again by Cormac Knott's Netstretch Ltd, witnessed superb scoring generally and most notably by Adam Pedlow, whose nett 64 made him a worthy winner of the diminutive but much-coveted silverware and reduced his handicap from 24 to 21.

Adam's tremendous performance peaked at the 11th, where a birdie consolidated the benefits of his nine-over-par first half. An eight at Ballyheridan immediately afterwards was undesirable but Pedlow steadied the ship admirably from that point, with gutsy back-to-back pars at the 13th and 14th preceding a serene and ultimately winning homeward straight showing of four consecutive fives.

Indeed, the result was decided in Adam’s favour only on a break of tie, as overall runner-up David Curley also returned a magnificent nett 64. Curley kept things on the straight and narrow on a front nine that featured a birdie on Lady Anne’s Walk, a hat-trick of pars and just 39 blows. That placed him a massive five shots under his starting handicap of 19 and, although the homeward trek was more solid than spectacular, his outward excellence enabled Curley to sign for a gross 83 and take receipt of a new handicap of 17.

Elsewhere, Michael Cullen gained the category 1 laurels courtesy of a six-over-par offering that owed much to a splendid homeward sequence of consecutive pars from the 13th to 17th and a birdie at the last. Cullen’s nett 65 was one better than Noel Murtagh, who landed second prize in this 0-12 handicap bracket. Like Michael, Noel also enjoyed a late birdie — his came at the 17th — having reeled off five pars on the spin at the start of the back nine.

Meanwhile, Brian Digby proved unbeatable in category 2. The new 12-handicapper birdied the 6th and registered nine pars, and his brilliant nett 65 was unfortunate not to feature further up the Saturday standings. Next best in the 13-18 division was Nathan Hall, who reached the turn just three over par after a two at the Quarry and five pars, and eventually put his name to a terrific nett 66 total.

In category 3, a countback was required to separate Michael Quigley and Gary McCusker into first and second positions respectively after both players posted satisfying nett 68s. Quigley’s scorecard boasted two instances of back-to-back pars and secured him a one-shot handicap snip, while McCusker’s birdie at the 3rd provided a welcome early boost to his outing.

Finally, Jarlath McReynold’s accomplished 71 was the best gross score recorded amid the Hirsch proceedings. The new daddy produced a heady spell of three birdies in four holes from Shambles to Sequoias; his uncharacteristic raggedness in the closing stages can perhaps be explained by nightfeed-induced exhaustion. 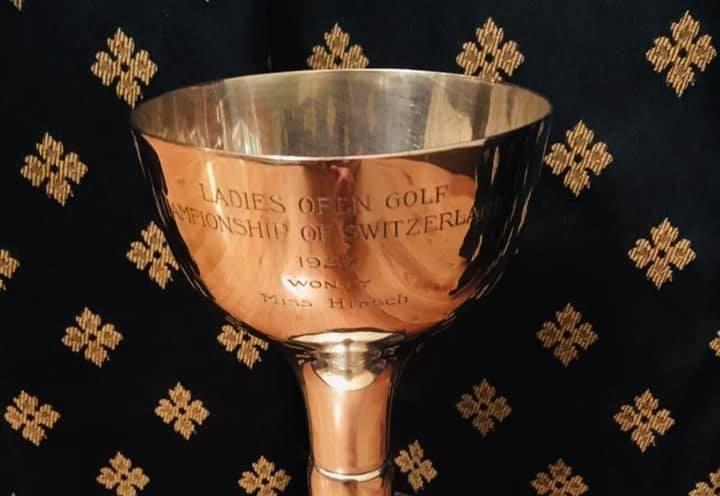