CAGC’s 15th hole is similar to the 2nd in the sense that, although shorter than most, it requires a little more consideration than just automatically reaching for the driver on the tee box.

Of course, for the big hitters, that can be a very useful tactic at this charming little par 4. If successfully executed, it will mean a mere flick of a second shot to the green and a real birdie opportunity. However, booming one down there can also bring into play a whole host of trials and tribulations: out of bounds, water hazards, trees, and a trio of bunkers.

Most mere mortals will instead attempt to dunt one short of the drain and approach the Beresford putting surface from there. That too is often easier said than done though, right enough. 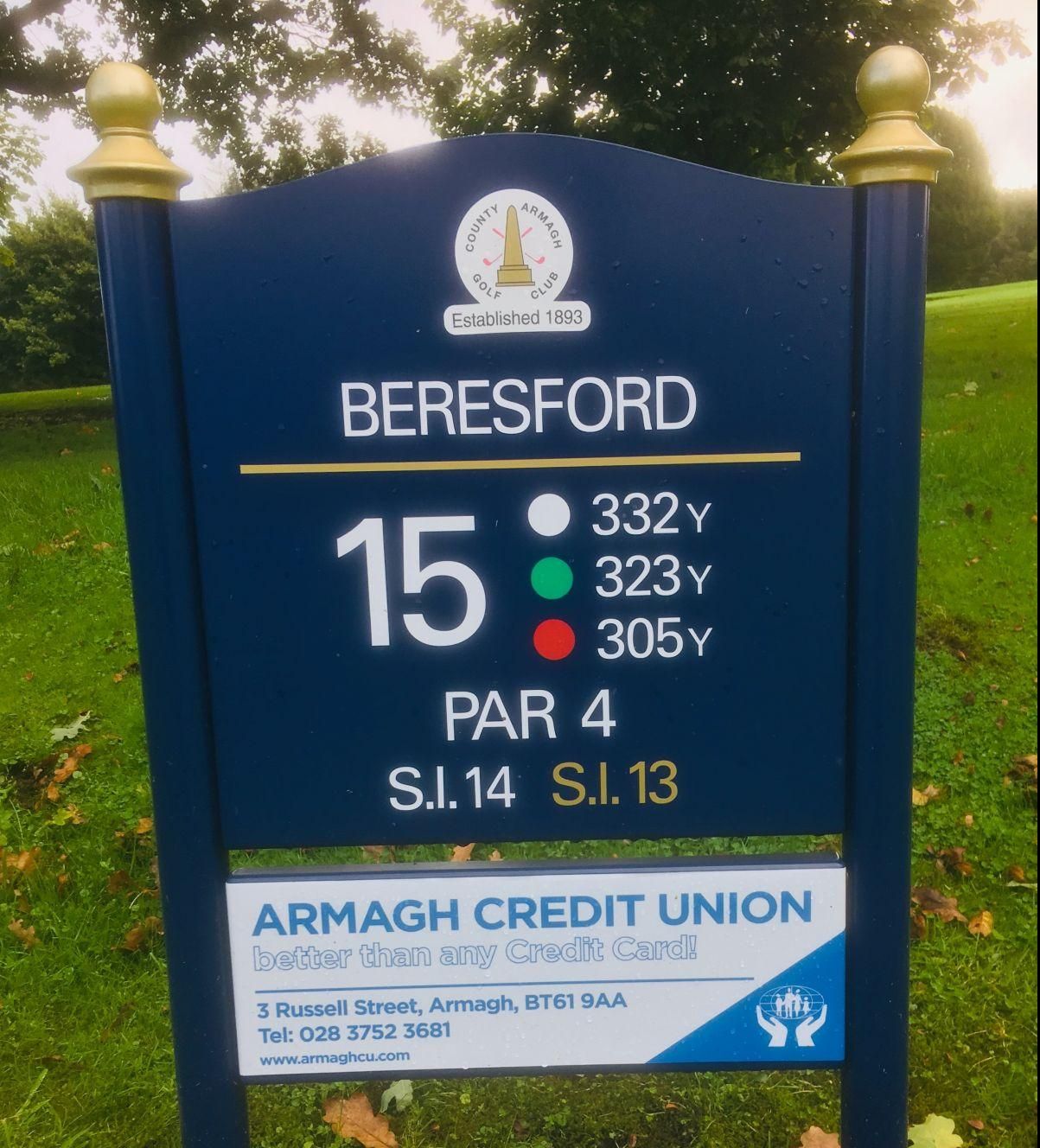